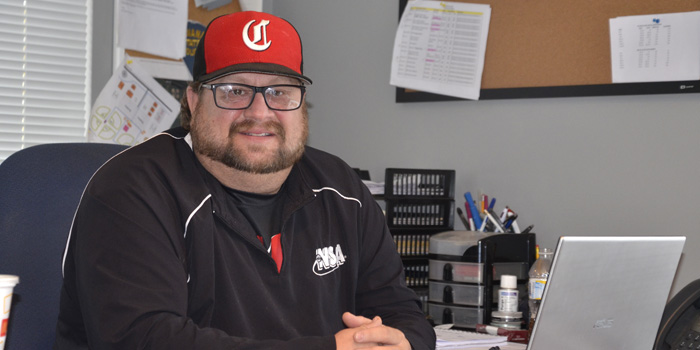 Mike Hagy of Kokomo is the new executive director at the City-County Athletic Complex (CCAC) in Warsaw. InkFreeNews photo by Lasca Randels

WARSAW — The City-County Athletic Complex (CCAC) in Warsaw has a new executive director.

Mike Hagy, 48, took over on Aug 23, filling the position formerly held by Karl Swihart for the past 16 years.

The CCAC is a sports facility located at 3215 W. Old Road 30, that features eight softball/baseball fields, 11 soccer fields and an indoor multi-sport building. 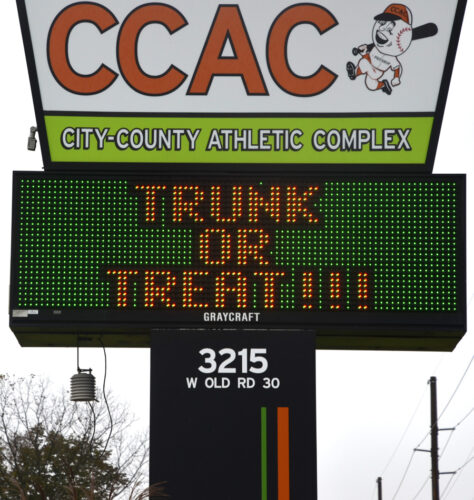 Candy will be handed out between 3-5 p.m. Saturday, Oct. 30, at CCAC. InkFreeNews photo by Lasca Randels

Hagy has a strong sports background, having worked with the National Softball Association/Baseball Players Association for the past 12 years as the adult assistant state director.

He is in the Indiana NSA Hall of Fame and is due to be inducted into the National Softball Association Sports Hall of Fame next month.

Hagy, who resides in Kokomo with Gina, his wife of 11 years, has also worked for the Kokomo Park Department, the Kokomo Sports Commission and served as a board member for the Howard County Chamber of Commerce committee.

Although he does not reside in Kosciusko County, Hagy is familiar with CCAC through his background in sports.

“I’m an NSA state director for adult softball and I was once a player and coach, so I’ve played, coached, ran tournaments out here at the facility for several years,” he said.

Hagy is hoping for more community involvement as he steps into the executive director position.

“In the past several years they’ve really focused on weekend tournaments, but I want to push programs and get youth involved so people can see what we have to offer out here at the park,” Hagy said. “I’m big on social media. I feel like that’s the best and easiest way to reach people, especially being a nonprofit.”

Hagy said he’s discovering that many people in the community view CCAC as “just a weekend tournament facility.”

“We’re really trying to change that perception, let people know we offer soccer programs with WAVE and ISL, and we have the indoor facility that we can rent out for anything,” Hagy said. “It was rented out for a birthday party last weekend. We have professional wrestling every two weeks. We do tumbling two days a week. We’re really trying to push that indoor facility.”

Another way the organization hopes to connect with the community is by handing out candy to Kosciusko youth between 3-5 p.m. Saturday, Oct. 30, at CCAC. The Halloween event is sponsored by Tripp Insurance, Rotary Club of Warsaw and the 43 boys baseball organization. Donations provided by Remax Realty – Mark Skibowski, Stryker Lawn Service, Indiana NSA and Leaders Staffing.

Pickleball
Monday, Wednesday and Friday mornings and Thursday evenings
for the pay as you play group (Pickleball Phanatics). Or join league-style pickleball play on Tuesday nights.

Golf Simulator
Golf action from your choice of 15 courses or practice swings on the driving range. Open year-round

Adult and Youth Flag Football
5 on 5 flag football league for men and women
Offered in spring, summer and fall