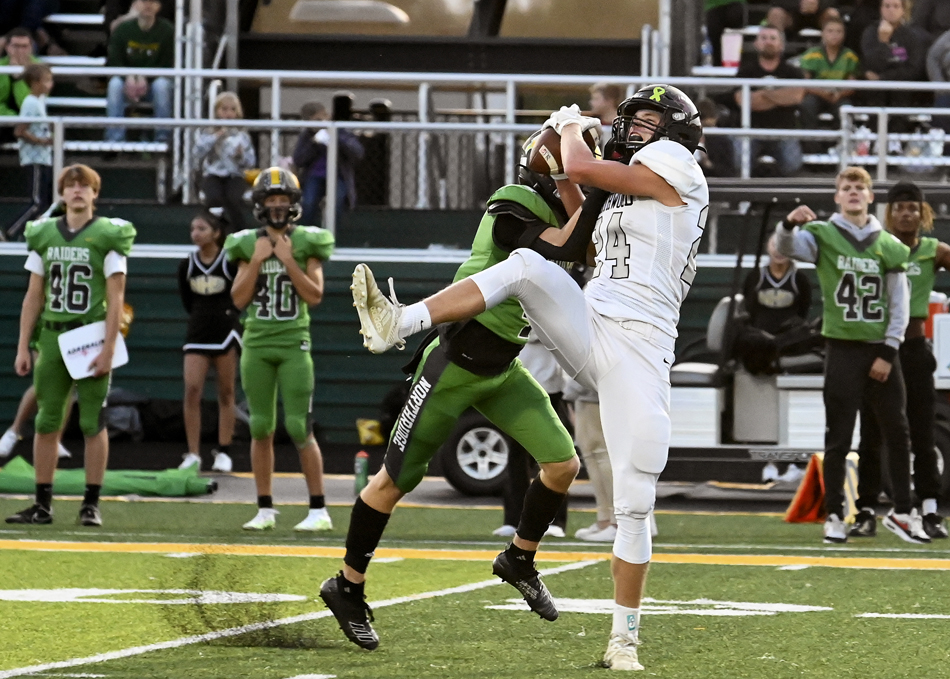 JJ Payne and NorthWood will renew pleasantries with Northridge in the first round of the football sectionals, this time at Andrews Field. InkFreeNews by Dale Tobias

INDIANAPOLIS – All the conversations and what-ifs are over. The IHSAA unveiled its sectional draws for the six classes of the state tournament, which gets underway in two weeks.

Sectionals open Oct. 22 and run through Nov. 5 with championship games in all classes. Regionals will be Nov. 12, with semi-states on the 19th and state championships played at Lucas Oil Stadium in Indianapolis from Nov. 26-27. Times for all games are subject to the host school.

Here’s a look at the local sectionals of interest.

Can Tippecanoe Valley finally get over the hump in the state tournament? The No. 7 Vikings (8-0) are hoping to lock up an outright Three Rivers Conference championship this Friday if it can beat Southwood at home. From there, Valley will have to hit the road to take on Garrett (4-4), trying to win its first sectional title since head coach Steve Moriarty and the Vikings won one in 1992. A Viking win would afford a home game in round two, where either No. 16 Marian (5-3) or South Bend Washington (3-3) would come down from St. Joe County. Marian visited Death Valley last fall and pounded the Vikings 41-24, but the Knights led 41-0 at the half. The north side of the bracket will see Lakeland (3-5) visit Glenn (3-4), and West Noble (3-5) visit No. 14 Jimtown (6-2).

Wawasee and NorthWood both drew home games for sectional 19 openers. The Warriors (1-7) will host DeKalb (1-7), the winner getting either No. 2 Leo (8-0) or East Noble (5-2) in a very juicy opening matchup in Kendallville. The Panthers (4-4) will host old pals Northridge (5-3), the Panthers a 34-point winner in Middlebury two weeks ago. The Elkhart County winner will take on either Angola (2-6) or Columbia City (4-4).

A very compelling set of matchups in the sectional 10 draw. A pair of teams trying to find their footing meet at Foreman Field when Adams (3-5) meets Goshen (3-5), with No. 13 Michigan City with the bye into the second round to visit the winner. On the other half, LaPorte (2-6) will visit The Jake and No. 7 Concord (7-1), the Minutemen hoping to be riding the momentum of a Northern Lakes Conference championship with a matchup with Warsaw this Friday at home for the bragging rights. Concord could get a fourth straight home game if it can beat the Slicers, and would get a rematch with No. 10 Mishawaka (6-2), the Cavemen rolling since welcoming back quarterback Justin Fisher.

Merry Christmas to Warsaw. The Tigers, because of the uniqueness of its sectional layout, will get a double bye into the state tournament. With just three teams in sectional 3, the ping pong balls said Homestead (5-3) at No. 8 Fort Wayne Carroll (7-1) on Oct. 29. That leaves No. 11 Warsaw (7-1) with the bye and three full weeks off to heal up all of its wounds, but also have to win the title on the road, whether on the north side or the southwest side of Allen County. A year ago, Warsaw lost at Homestead in the sectional final.

The four-teamer for sectional 2 sees conference teams matching up. After a week off, Dunes rivals Portage (1-7) visits No. 10 Chesterton (6-2) while Northern Indiana neighbors Penn (3-5) head to Rice Field to meet the Lions of Elkhart (4-4). The Trojans blanked the Indians 27-0 in DC action while the Kingsmen overwhelmed the Lions 31-3 in September.