WARSAW – The suspect who attacked an officer and pointed a loaded handgun at police earlier this week is facing a long list of felony charges. 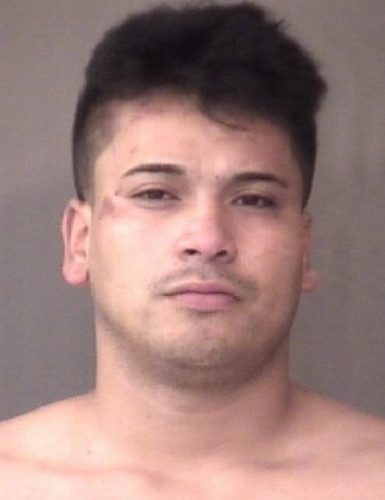 Warsaw Police arrived at the Quick Clean Laundry, 419 E. Winona Ave. in Warsaw, early Wednesday night after a complaint that Cruz had threatened somebody.

Police had been attempting to disarm Cruz when he fought back, tried to grab the guns of two officers and then later pointed his own gun at police.

Warsaw police released a detailed narrative of what happened. You can read that here.

He was originally arrested for battery on a public safety official and had a bond of $5,250.

The bond has been moved up to $250,250.00 surety and cash after new charges were announced.