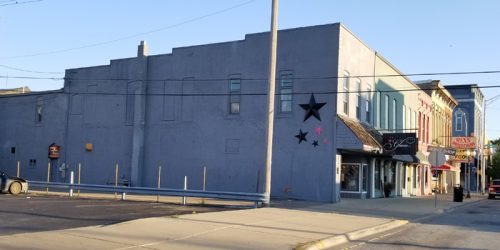 The exact location of the future mural was not announced, but based on the general location, it might be on the south-facing wall just south of Glam, a women’s boutique, on South Buffalo Street in Warsaw. InkFreeNews photo by Dan Spalding.

WARSAW —  Downtown Warsaw will be getting another mural in the near future. Information about the new mural was presented at the Board of Public Works and Safety meeting held Friday, Aug. 7, by Suzie Light, former CEO of the Kosciusko County Community Foundation.

Warsaw is receiving the mural as part of the Northeast Regional Partnership “Make It Your Own” Mural Fest.

Light requested a temporary road closure, asking that the east portion of the east/west alley between Market and Jefferson streets, along Buffalo Street, be closed between Sept. 7 and Sept. 19.

However, she did not yet specifically disclose the location of the mural.

The Mural Fest lasts for 11 days and involves 11 counties.

Our community has a mural committee working locally as part of the regional effort, Light said.

It is hoped that the murals will spur tourism, economic development and inspire arts throughout the region, Light said.

The board approved the road closure request for the mural project. 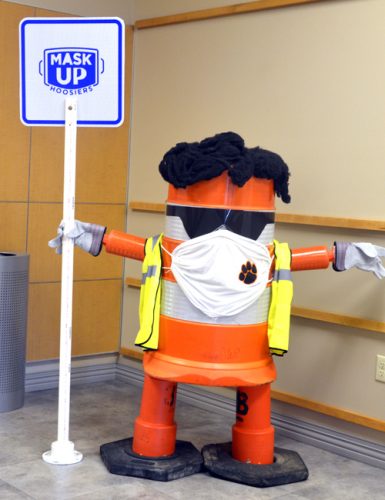 A new display has been set up at Warsaw City Hall.

In February, the board approved the Warsaw Police Department to apply for the Stop Arm Violation Enforcement Grant.

WPD has now received notice that the Kosciusko County Traffic Safety Partnership has been approved to receive the National Highway Traffic Safety Administration (NHTSA) grant funding for this grant.

The programs have been awarded $32,000. Those funds will be distributed to law enforcement agencies throughout Kosciusko County. Warsaw Police Department’s portion will be approximately $5,000. The fiscal grant period began Oct. 1, 2019, and ends Sept. 30, 2020.

Warsaw Police Captain Joel Beam received permission for the department to participate and accept the money.

In another matter, Brian Davison, utility manager for the city of Warsaw, said completion of the wastewater plant expansion project will most likely be pushed to spring as far as the final grass seeding and paving.

The revamped and expanded treatment plant will begin functioning next week, Davison said.

Tours of the facility, at 2056 North CR150W, are being conducted on Friday afternoons around 1 p.m.  No appointment is needed, Davison said, but because it is a construction site, hard hats, safety vests and steel-toed shoes are needed.

“We do have some of that available for smaller groups,” Davison said.