WARSAW — Probably the most significant marker of Sally Nelson’s personality is the Harley-Davidson decal she put on her four-wheel electric scooter. 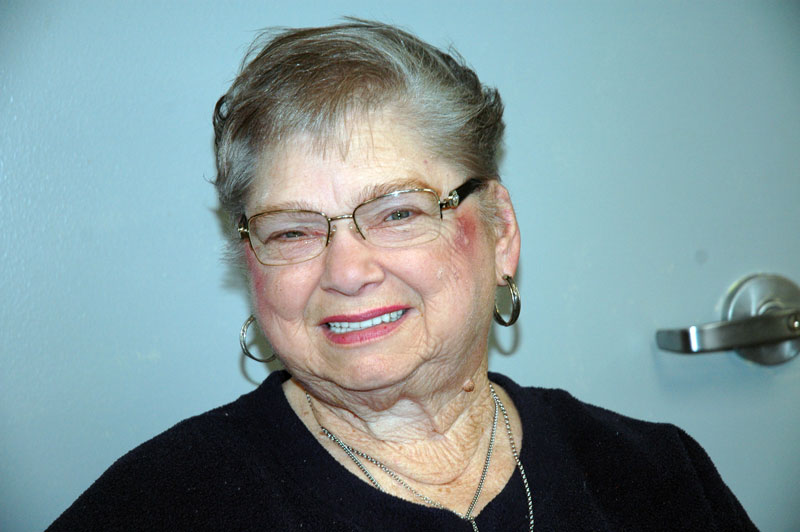 “Everybody who knows me knows about Sally’s Harley,” chuckled the amiable 72-year-old Warsaw resident.

Many of those who know her are regulars at the Kosciusko County’s senior activity center on the north side of Warsaw, a block or so south of Nelson’s apartment.

“They have been very good to me,” said Nelson of Kosciusko Community Senior Services, which operates the activity center.

“They take me on bus rides everywhere I need to go and they helped get me a new wheelchair and a new scooter.”

In return, she does some volunteer work, mostly printing out announcements and puzzles on her home computer for use at the center.

Nelson was born and raised in Silver Lake. Her family moved to Palestine when she was in the sixth grade.

Before the move she attended Franklin School, a four-room country schoolhouse. She then attended Mentone schools and graduated in 1965 from Mentone High School.

“I liked rock ’n’ roll and loved the Beach Boys,” she said of her youthful music choices. “Everybody loved The Beatles. Now I like all kinds of music.”

She is partial to Bruce Springsteen nowadays, and though country and western is not her preferred genre, “I like Garth Brooks. He is a cool dude on stage and a good man off stage.”

After high school, Nelson worked for “a good 10 years” at Crystal Performing as a packer on the assembly line.

The business made plastic milk jugs and Nelson said she packed “what seemed like millions” of jugs to be shipped to dairies.

After that she took a job operating a laminating machine at Da-Lite Screen in Warsaw. Her 15-year tenure there was cut short in 1989 when she was involved in a serious car accident, an event she said changed her life.

“God saved my life, and that is the part that changed my personality. I used to always be kind of a snot, afraid to get hurt by people. Now I talk to anybody about anything.”

Though she doesn’t travel much anymore, she “used to love to go on trips and I like to eat,” said Nelson.

“I used to like to go to a restaurant and watch other people, and ask, ‘What are they doing? What makes them tick?’ I still people watch.”

Nelson described herself as “a pretty good artist, a pencil sketcher.” She was also involved in her other two passions: photography and horses. She showed horses in 4-H and eventually “had a truck and trailer and pulled it down the road to show off my quarter horses all over the state of Indiana.”

Nelson wakes up every morning with a personal philosophy of “never give up, never stop.” She said the medical attendants at Parkview Hospital in Fort Wayne where she was treated after the accident acknowledged, “You’re not a quitter.”

“God saved me to behave myself and be better,” she said.

Nelson recognizes she has gotten through life through the kindness of strangers. “Some people you never would have thought are the ones who help you the most. Sometimes you don’t know by the way people look.”