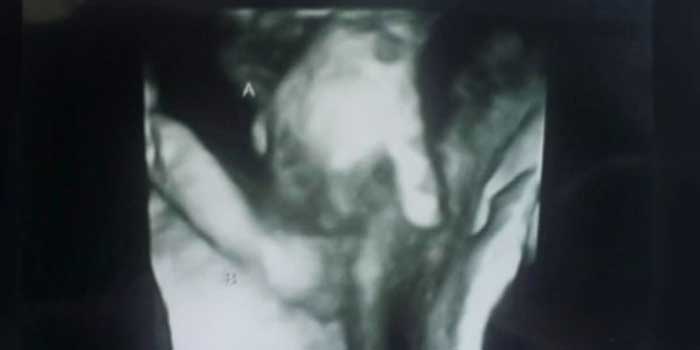 HUTCHINSON, KANSAS — A Kansas family is given the news of twins, only to find out they’ll most likely go home with just one baby. Of the fraternal twins, a boy and girl, the baby boy has a hole in his heart and an abnormal brain. But as the family learns to lean on their faith and each other, they said their twin babies are doing just the same — holding on to one another.

Ian and Brittani McIntire didn’t plan on having any more kids after their first two daughters. Which is why they got an even bigger surprise after finding out they were pregnant again.

“We went in for our six week sonogram and they just said there’s one heartbeat and here’s another,” laughed mom, Brittani.

From shock to excitement, to hearing news no parent expects. With a hole in his heart and an abnormal brain, one baby wasn’t growing like he should.

“He’s only weighing nine ounces and his sister is over two pounds, so big size difference,” Brittani added. “His only chance of survival would be heart surgery but they wouldn’t do heart surgery on him because of his brain.”

At each follow-up appointment, it was more bad news. Until Tuesday, Feb. 16, when the doctors captured a rare moment in a sonogram.

“We didn’t really see much, she said there’s his hand and there’s her hand and it looks like they’re holding hands,” Brittani explained.

The small, black and white photo showed baby Mason with his tiny hand wrapped around the finger of his growing twin sister Madilyn.

Because Mason may never get to know his twin or family, the special moment caught on camera of the two siblings bonding, is something these parents know is no coincidence.

“We know we have a piece of them together that will last forever and it’s special to have,” Ian said.

“I know I’m holding him, I’m carrying him but I just want to be there for him,” Brittani said. “And she’s the only one who can actually be there and holding onto him through it, so it’s comforting to know that if he does pass he won’t be alone.”

But alone is something neither baby has ever been, from the second their hearts began beating.

“We’re still going to trust in God that no matter what, he’s been a blessing and if he makes it then it’s a huge testimony to what God can do,” she added. “And if he doesn’t then we have a special angel watching over us.”