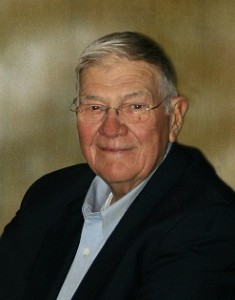 At the age of 16, Carl traveled to Poland for a project to transport cattle to the polish people that were donated to them by American farmers. In 1949, Carl went out west for the Wheat Harvest. He then joined the U.S. Army, serving from 1951 -1953. He played baseball for the U.S. Army during his time of service. A lifetime resident of Silver Lake, Carl was a graduate of Silver Lake High School, class of 1947 and then graduated from Manchester College in 1951. He received his masters’ degree from Indiana University in 1956.

Carl was a self-employed farmer, farming a family farm that had been owned by his family since 1846. He also was a teacher for Beaver Dam and Silver Lake High School, where he also coached several sports teams. He was Principal at Burket, Claypool and Larwill High Schools. He then became principal at South Whitley High School until Whitko High School was consolidated. He then became vice principal and athletic director for Whitko until his retiring in 1985.

Carl was inducted into the Kosciusko County Basketball Hall of Fame in 2011. He was on the REMC Board for 21-years and he was a member of American Legion Post #286, North Manchester, Ind.

He was preceded in death by his parents and two brothers.

Visitation will be from 2 p.m. to 8 p.m. Monday, Oct. 7, at McHatton-Sadler Funeral Chapel, Warsaw, with a rosary at 7:30 p.m. the same evening. A Mass of Christian Burial will be at 10:30 a.m. Tuesday, Oct. 8, at Sacred Heart Catholic Church, Warsaw, with Father Phil DeVolder officiating. Burial will be in Lakeview Cemetery, Silver Lake.