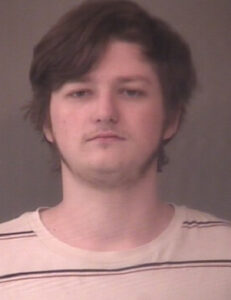 WARSAW — A Warsaw man was recently arrested after allegedly using a broom to batter a man.

On Oct. 17, 2022, a Warsaw Police officer responded to a domestic dispute. Upon arrival at the scene, the officer saw Ford holding a knife. The officer ordered Ford to put the knife down, and Ford did not do so. Law enforcement deployed one taser shot and took Ford into custody.

According to court documents, the officer spoke with a man, who said Ford became confrontational after a verbal argument. The man said Ford swung a broom at him and hit him in the head. Ford allegedly continued hitting the man until he was knocked to the ground, where Ford hit and kicked the man more.

Law enforcement found the broom used to hit the man. The broom’s handle was bent in a fashion consistent with the man being hit in the head.

The man was treated for a concussion at a local hospital. During treatment, he suffered several seizures as a result of this incident.