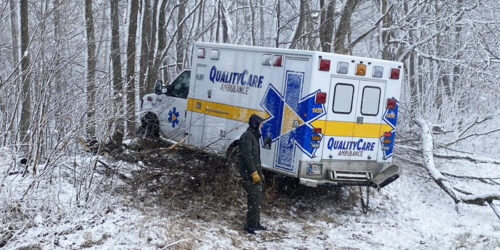 An ambulance wrecked just north of Sidney on SR 13 on Wednesday, Jan. 25. The patient who had been riding in it was then moved into a Parkview ambulance for transport. InkFreeNews photos by Leah Sander.

First responders were called out shortly before 10:30 a.m. just north of Sidney.

Pierceton Town Marshal Jim Bumbaugh said the patient in the ambulance was moved into a Parkview ambulance for transport. 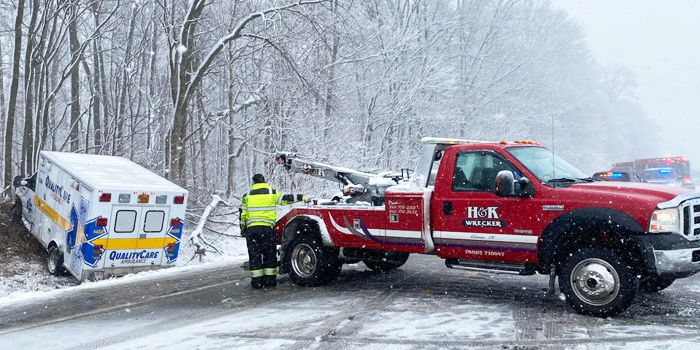 A wrecker gets ready to tow the ambulance.