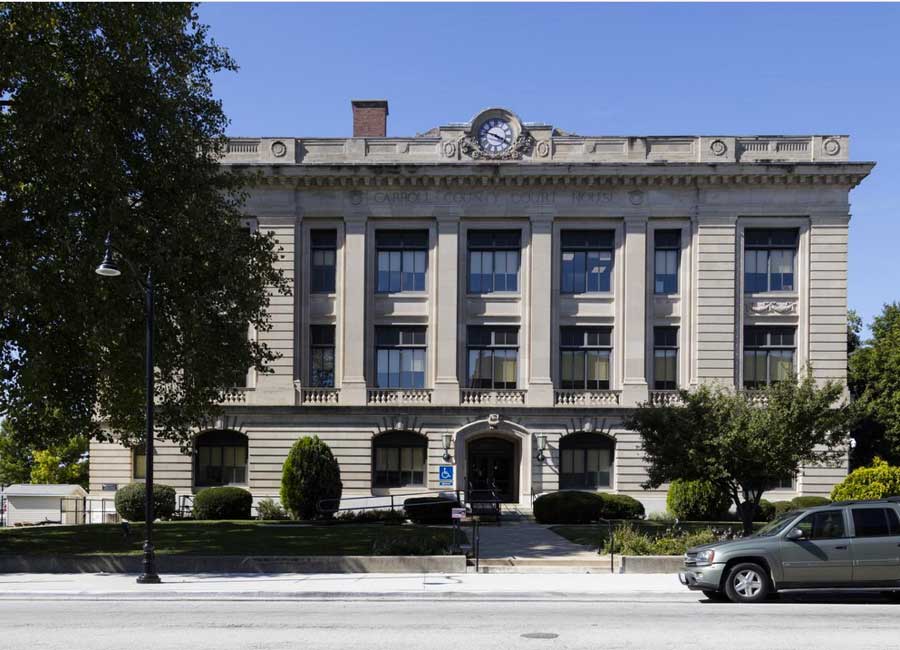 Photo of the Carroll County Courthouse where the murder trial of Richard Allen will take place. Photo from the Library of Congress

CARROLL COUNTY. – The jurors who will decide the fate of Delphi murder suspect Richard Allen will come from Allen County.

In a ruling handed down Tuesday, Jan. 25, Special Judge Fran Gull said jurors would be drawn from the northeast Indiana county, with the trial being conducted in Carroll County, where the infamous murder case took place.

Prosecutors and the defense team had been tasked with choosing a county from which jurors could be selected, with St. Joseph and Allen County emerging as the finalists.

Allen is charged with two counts of murder. He’s accused of killing Abby Williams and Libby German in February 2017. Indiana State Police announced his arrest in October 2022, more than five years after the killings.

His defense team had initially requested that his trial be moved at least 150 miles away from Delphi to avoid any potential conflicts in the case.

Because of logistics and cost, Judge Gull decided to keep the trial in Carroll County while bringing in jurors from a different county. During a Jan. 13 hearing, Gull said it would be “difficult if not impossible” to find jurors in Carroll County who have not been involved in the case in some capacity.

The Carroll County Council has pegged the cost for the murder trial at $2.3 million.

Allen is scheduled to go on trial in March. Gull, however, has expressed skepticism of meeting that trial date, noting the “extraordinary, voluminous evidence” that must be turned over to the defense. There are “thousands upon thousands” of pages of discovery for the state to turn over to Allen’s defense team.

A gag order remains in effect for anyone associated with the case, although attorneys are allowed to discuss certain procedural issues that arise.

Allen is next due in court on Feb. 17 for a bail hearing.