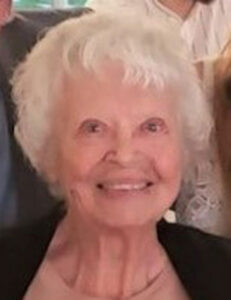 She was born Feb. 28, 1931, in Etna Green, to Mary Marguerite (Austin) Stackhouse and O. Paul Stackhouse. Betty was a lifetime resident of Kosciusko County, where she was a 1949 graduate of Bourbon High School. At the young age of 19, Betty knew she wanted to spend her life with Willard DeLoss Higgins, and they were married March 26, 1950. They were blessed with almost 60 years of marriage together before Willard died Jan. 17, 2010.

Betty was a loving wife, mother and grandmother who will be dearly missed. She was devoted to the Lord, her church and friends.

Betty’s life will be celebrated with a private family service at a later date. She will be laid to rest next to her husband at Oakwood Cemetery, Warsaw. Arrangements were entrusted to Redpath-Fruth Funeral Home, 225 Argonne Road, Warsaw.