CLAYPOOL — A woman has been arrested following a vehicle fire incident near Claypool.

According to a Kosciusko County Sheriff’s Office press release, at approximately 9:03 a.m. Monday, Jan. 23, KCSO deputies along with the Claypool Fire Department were dispatched to 3267 W. Hill Lake Road, Claypool, in reference to a car fire near a residence. 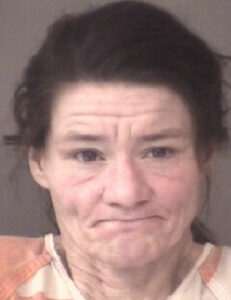 A Claypool Police officer was the first to arrive and found the vehicle fully engulfed. During the investigation, Jodi Carter, 44, was located in her backyard armed with a shotgun.

Carter would not comply with officers on scene and after lengthy negotiations was taken into custody. She was transported to the KCSO and initially booked for possession of methamphetamine.

The KCSO continues to investigate, and future charges may be pending.