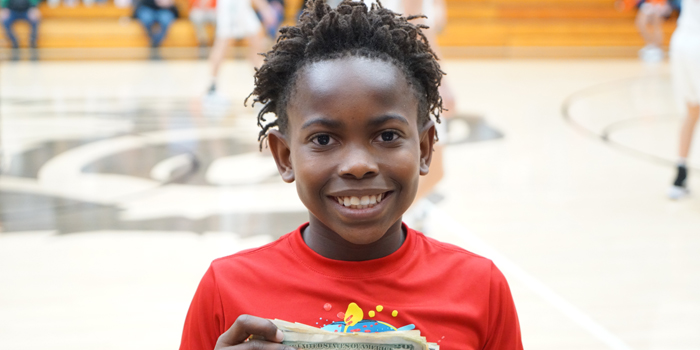 Pictured is Waldo Nelson with his winnings of $227. Photos provided by Warsaw Community Schools.

The event was held in the Tiger Den at the Warsaw Community High School boys’ basketball home game against Concord.

Three ticket winners were announced during halftime. Third-grader Aaron Jones pulled the $10 envelope and kindergartner Logan Moore pulled the $20 bill. The golden ticket and grand prize of participating in TCU’s $1,000 Dash for Cash was claimed by fourth-grader Waldo Nelson.

The crowd cheered for Nelson as he dashed across the gym floor to gather the scattered bills and stuff them in his shirt and pockets. Within the 30-second time limit, he gathered $227. 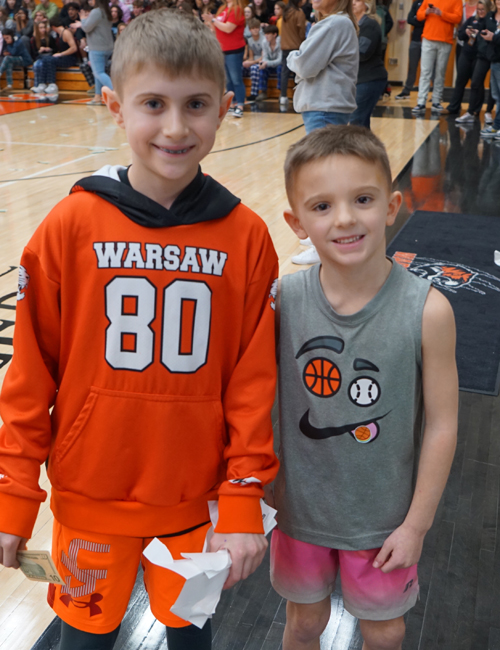