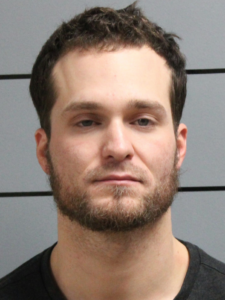 Around 1 p.m. Jan. 10, Marshall County Police attempted to arrest 28-year-old Blake Spindler, Bremen, for an outstanding warrant in the area of the Woodies Lane Apartments in Bremen. While doing so, Spindler fled from the police on foot and managed to avoid arrest at the time and an additional arrest warrant was issued for resisting law enforcement.

Around 10 p.m. Jan. 18, K9 Deputy Bennett and Deputy Johnson found Spindler in Bremen and took him into custody. Spindler was booked in the Marshall County Jail for charges related to three separate warrants for civil contempt, resisting law enforcement, and probation violation. He is currently held on a combined $26,000 bond for the separate cases.