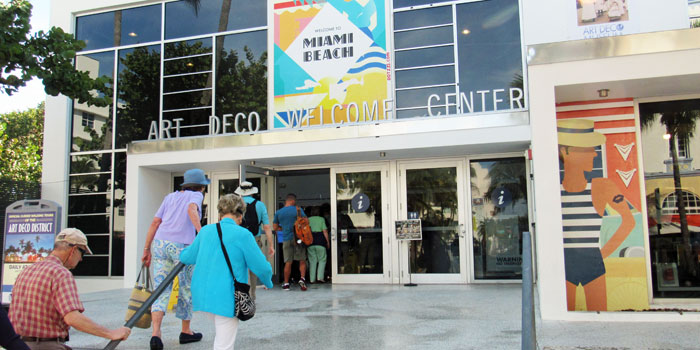 Learning about art deco style of architecture begins at the welcome center on Ocean Drive in South Beach, Fla. History and beginnings of the movement and the significant events of the day are on display.

MIAMI, FLA — The demise of art deco has been greatly exaggerated. It’s alive and well and headquartered in Miami on South Beach. Examples of this style of architecture proliferate in a host of hotels along the main streets of Ocean Drive and Collins Avenue. In fact, of the 1,200 buildings in the area, 850 are in the art deco style.

Art deco’s roots can be traced to the 1925 Paris Exposition Internationale de Arts Decoratifs et Industreis Modernes and was the hottest topic there. It was sure to completely change the architectural world and did become popular in Europe and the USA. One of the signature structures of the art deco style, though not in Florida, is the iconic Chrysler Building in New York City. 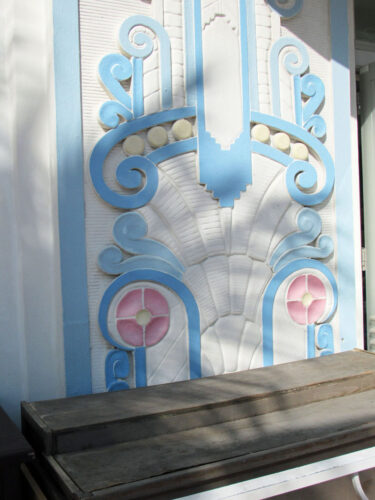 At the entrance of the Congress Hotel is this design incorporating sleek, anti-traditional elements. Art deco was the hottest topic at the 1925 Paris Exposition.

The premise was actually quite simple. The design of the exterior of the front was based on a triad. Both sides were symmetrical and the center section soared from the entrance to, in many cases, above the roofline and generally encompassed a decorative element, like zigzags, chevrons, sunbursts, fluting or banding. It was all to be accomplished in a streamlined style that would create a sleek, anti-traditional elegance symbolizing wealth and sophistication.

South Beach was destroyed by a hurricane the year after the Paris Exposition. The reconstruction was done in the art deco style. The hotels were indeed elegant and the tourists flocked to Miami to enjoy the beach.

Another calamity struck South Beach and the entire country in 1929. This is when the bottom fell out of the stock market and fortunes immediately disappeared. Tourists no longer had funds for Florida vacations and many of the hotels failed from lack of occupancy.

Then along came World War II and the country’s focus was on other things. Art deco was considered to be too gaudy and ostentatious for wartime austerity. After the war, promoters attempted to secure loans to spruce up the hotels, but banks weren’t taking the bait and rich financiers were few and far between. Surprisingly, the money to rebuild South Beach to its earlier elegance came from the mob.

The art deco period ended up spanning the Roaring 1920s, the Great Depression of the early 1930s, through the war years and into the early 1950s. South Beach today is considered a national architectural treasure. The buildings have been carefully restored as close to the original look as possible.

When visiting South Beach, you will be able to tell art deco buildings from newer structures by their distinctive triad-style facade and some of the other little touches that distinguish them. Their pastel colors give the neighborhood a stately, bright, clean appearance. Be sure to step inside some of the hotels where you’ll find art deco designs incorporated in the marble lobby floors, their wall decorations and even the registration desk.

Two-hour walking tours of the historic district get you up close and personal with art deco, which was sometimes referred to as the “style moderne.” You’ll also learn that the style also extended into fashion, furniture, fine arts and decorative arts. Be sure to see the neighborhood at night when they’re beautifully lit. Unfortunately, the ocean can’t be seen from Ocean Drive because of a tall protective dune. 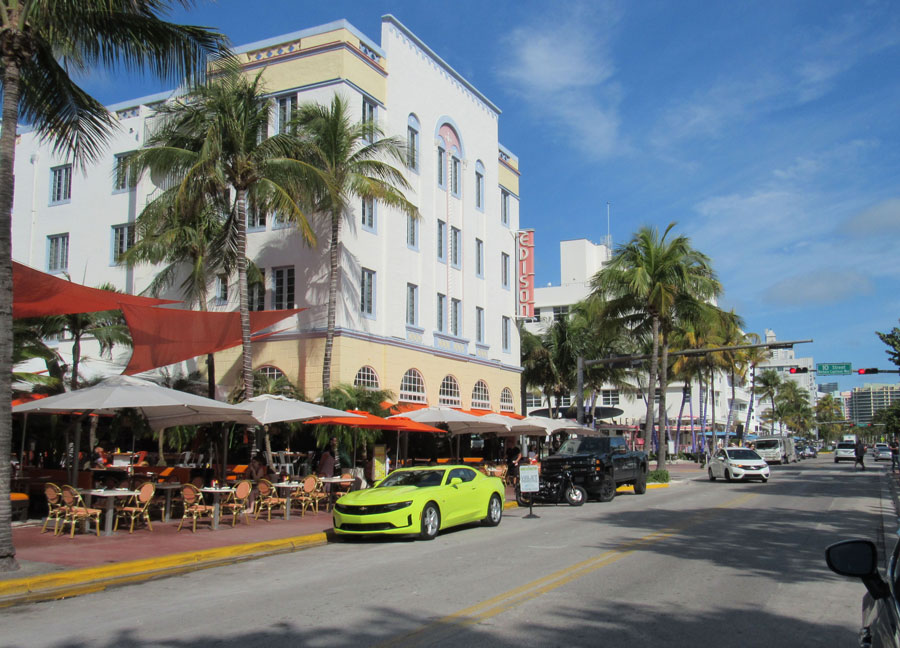 What began as a fad is now considered a national treasure. The Edison Hotel is a sterling example of the more than 850 buildings of art deco design in South Beach, Fla. 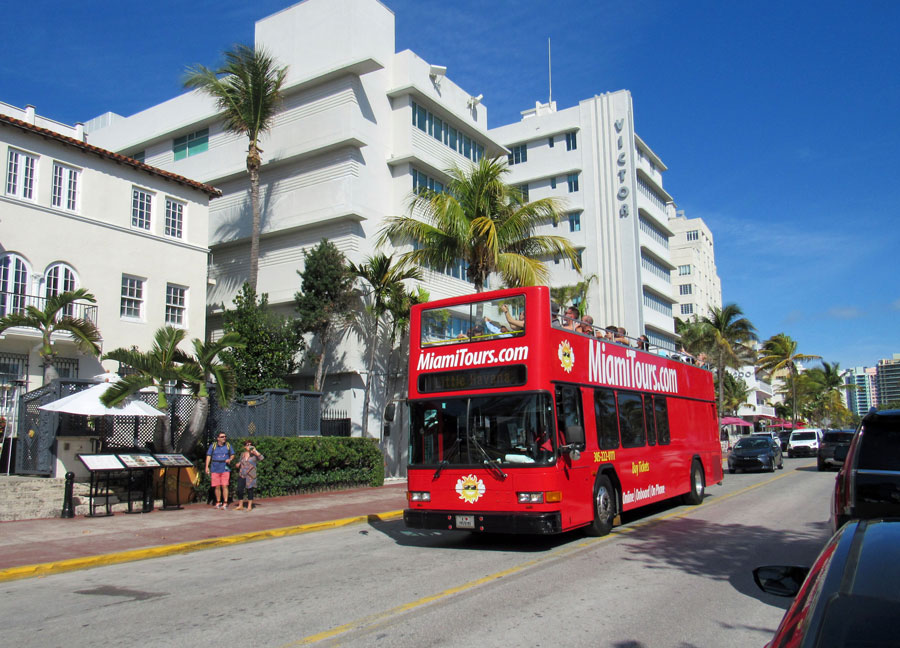 Typical of the art deco style is the Victor. The South Beach hotel thrived until the bottom fell out of the economy in 1929. That was followed by World War II when art deco was considered too gaudy and ostentatious for wartime austerity. Surprisingly, the money to rebuild South Beach after the war was provided by the mob. 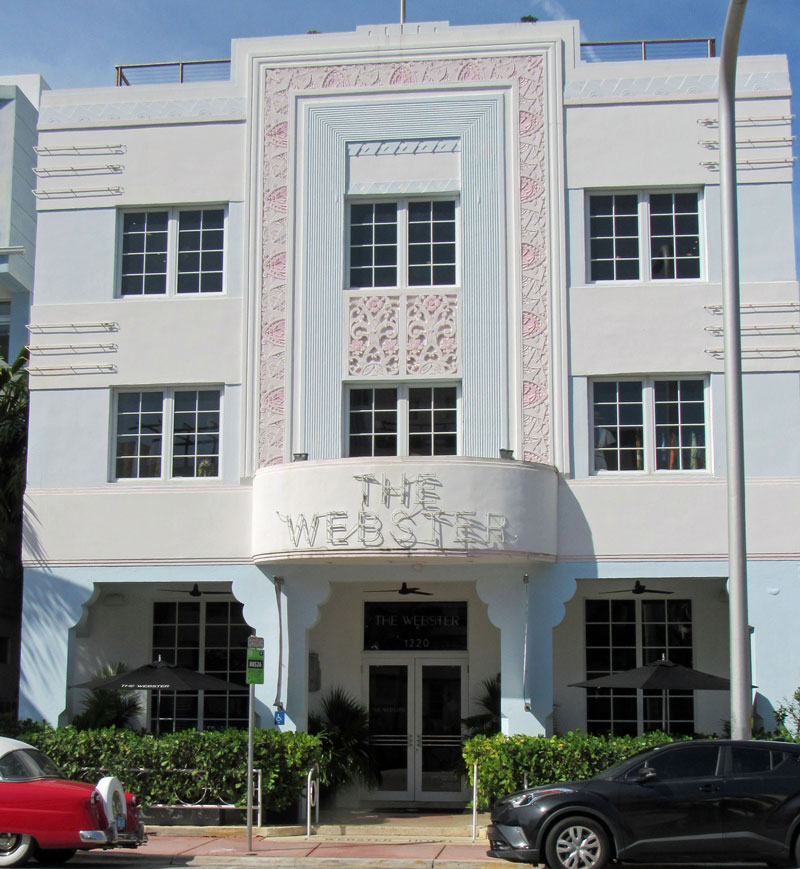 Design of the exterior of this hotel featured a three-part facade with both sides being symmetrical and the center section with vertical lines soaring to the sky. 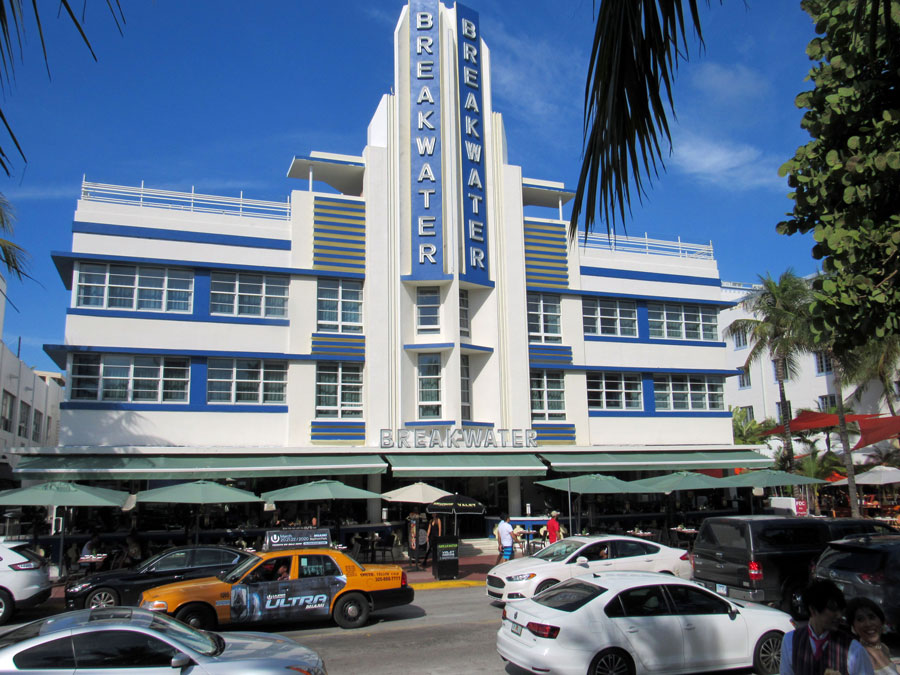 The Breakwater was one of the more popular hotels during the early years of the art deco craze. As with most of the hotels on South Beach it struggled to attract vacationers during the Great Depression and fell into disrepair 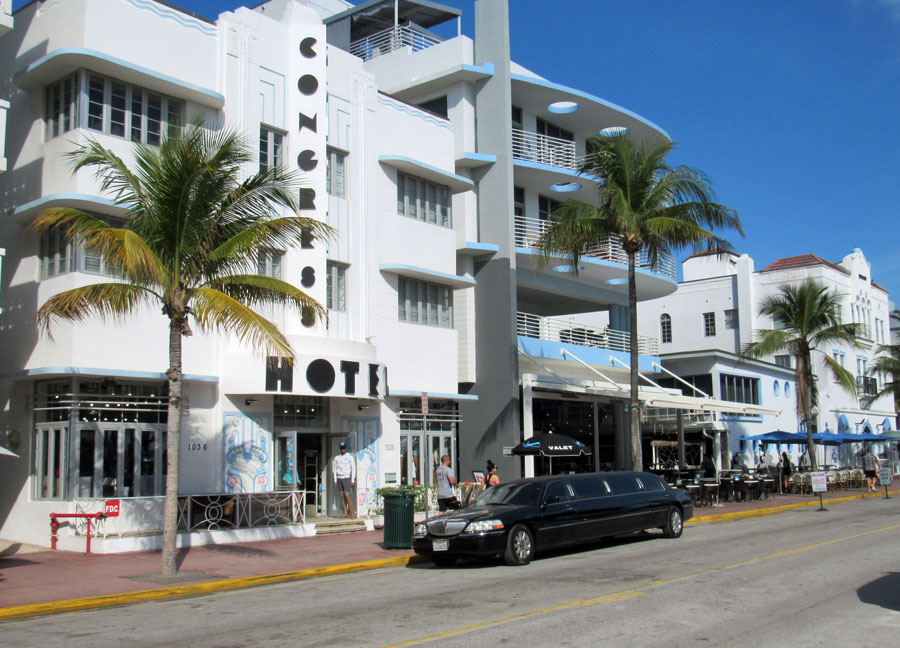 Added to the right side of the Congress Hotel is a sweeping streamline curve that at the time was to symbolize wealth and sophistication. Art deco style burst on South Beach following a devastating hurricane that destroyed the strip in 1926. 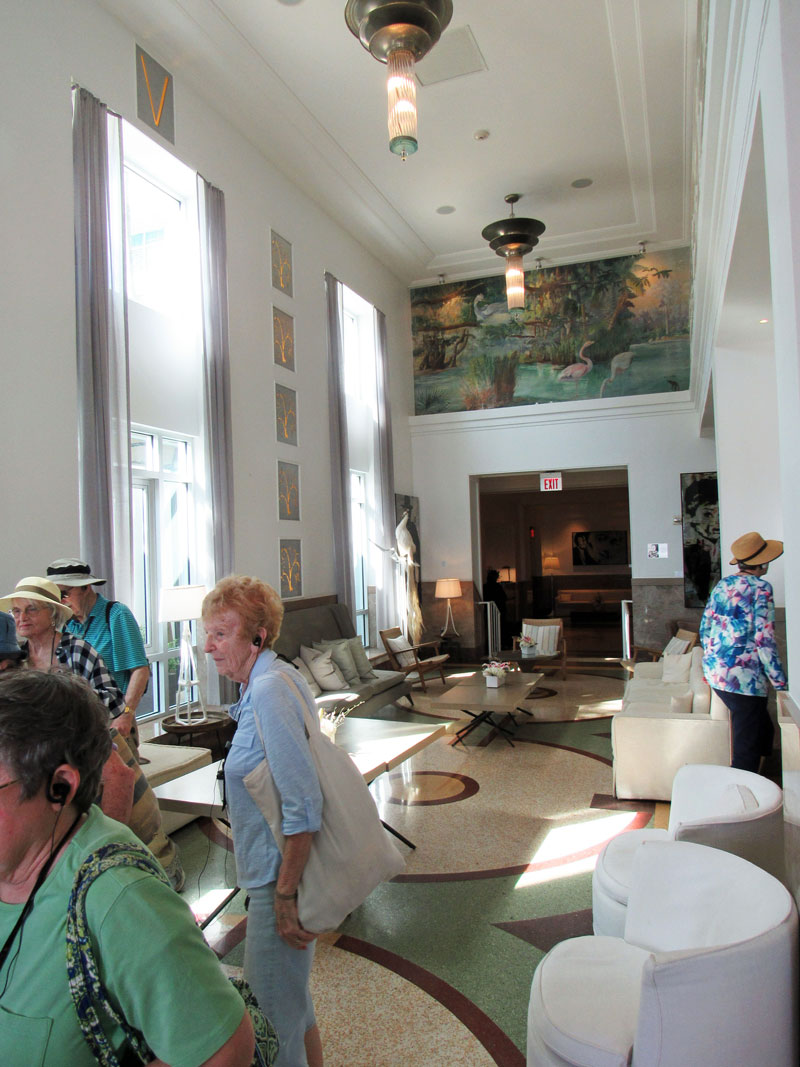 Art deco designs are incorporated inside the Victor Hotel in its lobby floors, wall decorations, light fixtures and the registration desk.