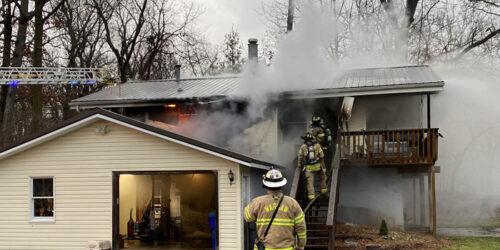 Winona Lake Fire Department and Warsaw-Wayne Fire Territory responded to a fire that began in a chimney of the home at 1705 Chestnut Street, Winona Lake, on Friday, Jan. 20. InkFreeNews photos by Leah Sander.

WINONA LAKE — Two fire departments responded to a fire that began in a chimney in a Winona Lake home.

Winona Lake Fire Department was called out to the fire at 1705 Chestnut St., at 4:48 p.m. Friday, Jan. 20, later calling Warsaw-Wayne Fire Territory for an assist.

Winona Lake Assistant Fire Chief Carson Kintzel said the fire was contained to the chimney and fireplace area. No one was injured, he said.

The cause of the fire is still unknown, said Kintzel. Also responding to the scene were Lutheran EMS and the Winona Lake and Warsaw police departments.

According to Kosciusko County’s Beacon GIS, the property is owned by Ricky and Bambi Wright. 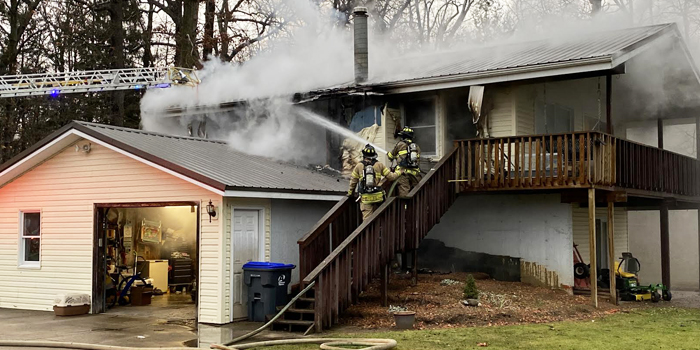 Firefighters spray water on the fire. 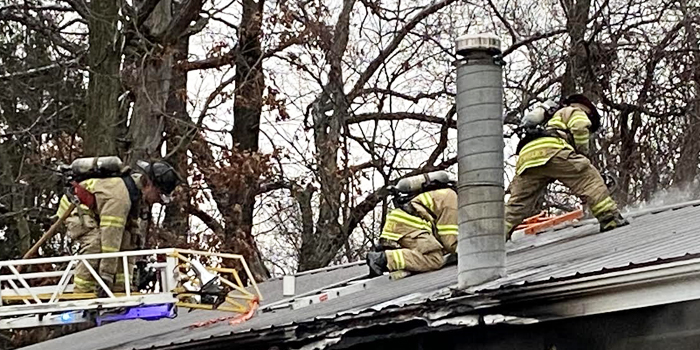 Firefighters climbed on the roof to cut a hole in it.