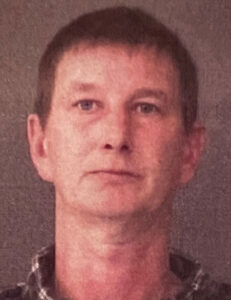 MILFORD — A Milford man was recently arrested after allegedly choking a child.

On Dec. 2, 2022, a Kosciusko County Sheriff’s Office deputy responded to a domestic complaint in Milford. A child said they were heading to the Milford Police Department because Stout hurt their neck. The deputy found the child, who was visibly upset.

According to court documents, the child said they and Stout were arguing over an electronic device when Stout choked them. The deputy noticed a red mark with a scratch at the front base of the child’s neck.

Stout told the deputy he argued with the child but said a physical altercation did not occur.

For this case, Stout was booked in the Kosciusko County Jail on Jan. 17, with a $6,000 surety and cash bond.