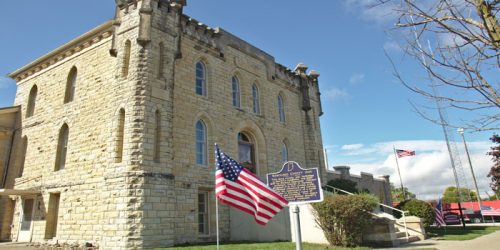 Jan. 17, 1977 — One of the coldest sieges ever to hit Indiana sent temperatures plunging to 19 below zero in Warsaw and even lower at some other communities early today.

Schools closed by the score and a number of motorists had problems starting their cars. Windy conditions caused some drifting of snow.

Volunteer firemen from Milford, Syracuse, Nappanee and Leesburg were called to the scene to extinguish flames that started in the basement and burned up through the second floor of the hotel via side walls.

The flames were detected at 1:05 a.m. in a building at 107-111 E. Market St., owned by Nancy Hall of Warsaw. The fire was contained to the top floor of the two-story structure, but heavy water and smoke damage was reported to the ground-level business — Helfrich’s “Too” and the Koors Insurance Agency. Adjoining businesses — Hull House and Hall Hardware — also received smoke and water damage.