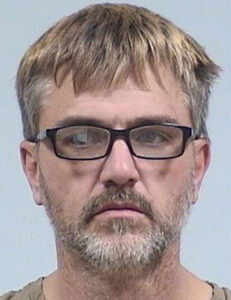 Conway was sentenced in Kosciusko Circuit Court on Monday, Jan. 16.

“He’s an intelligent, pleasant, all-around good guy,” said Voelz. “I hope the best for him but he needs some form of punishment to be a good member of society.”

Defense Attorney Jay Rigdon said Conway has some tools to be successful but requested some type of probation to help Conway develop even more tools.

“My history does not define me,” said Conway. “I want to pay my debt to society by working hard.”

For the Level 4 felony meth possession charge, Kosciusko Circuit Court Judge Michael Reed gave Conway a five-year sentence in the Indiana Department of Correction. He recommended Conway for participation in DoC’s Recovery While Incarcerated program. Reed also gave Conway one-year DoC sentences for each Level 6 felony he was charged with. The one-year sentences were all suspended on probation.

All four of Conway’s counts will be served consecutively. He has 147 days of jail time credit and must also pay $1,157.04 in restitution to the victim in the theft case.

On July 25, 2021, a Warsaw Police officer learned a stolen gray Genesis G80 was traveling west into Warsaw. The officer found the vehicle and took Conway into custody. Officers searched the vehicle and found 26.5 grams of meth. Conway said two men gave the vehicle to him to use.

On March 21, 2022, an Indiana State Police officer pulled over a vehicle with an improper license plate light. Conway, who was a passenger in the vehicle, had meth on his person.

On Aug. 27, 2022, while going to a home in North Webster to serve warrants on Conway, officers found syringes and other drug items.