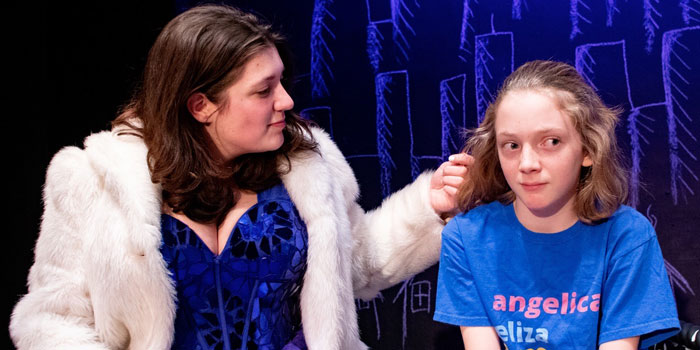 Presented by the Michael Cripe Studio of ECT, the play is directed by Amberly Nichols and is assisted by Leah Tipton.

Harriet M. Welsch is a spy. In her notebook, she writes down everything she knows about everyone, even her classmates and her best friends. Then Harriet loses track of her notebook, and it ends up in the wrong hands. Before she can stop them, her friends have read the always truthful, sometimes awful things she’s written about each of them. Will Harriet find a way to put her life and her friendships back together? 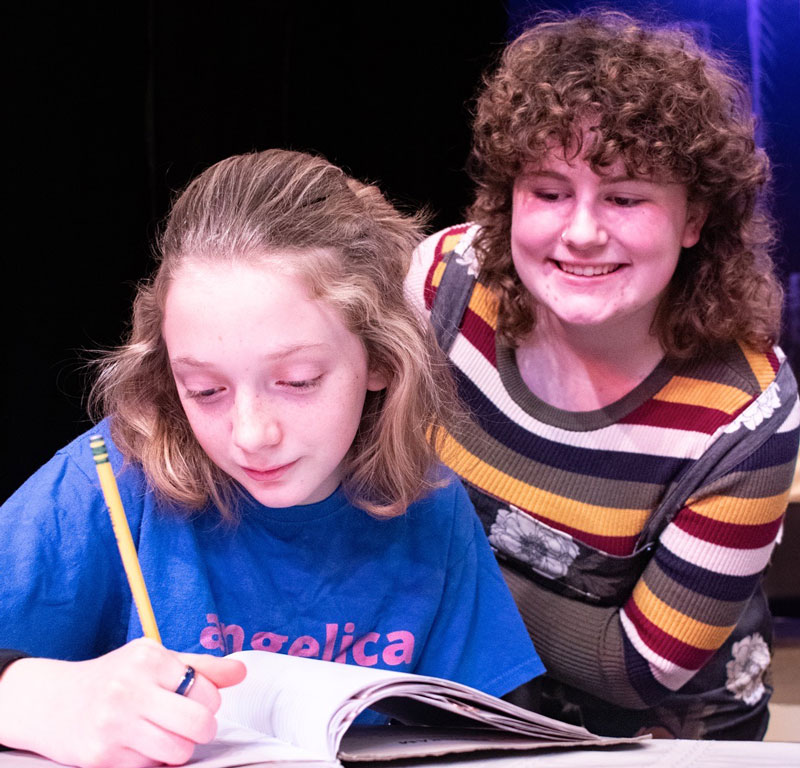 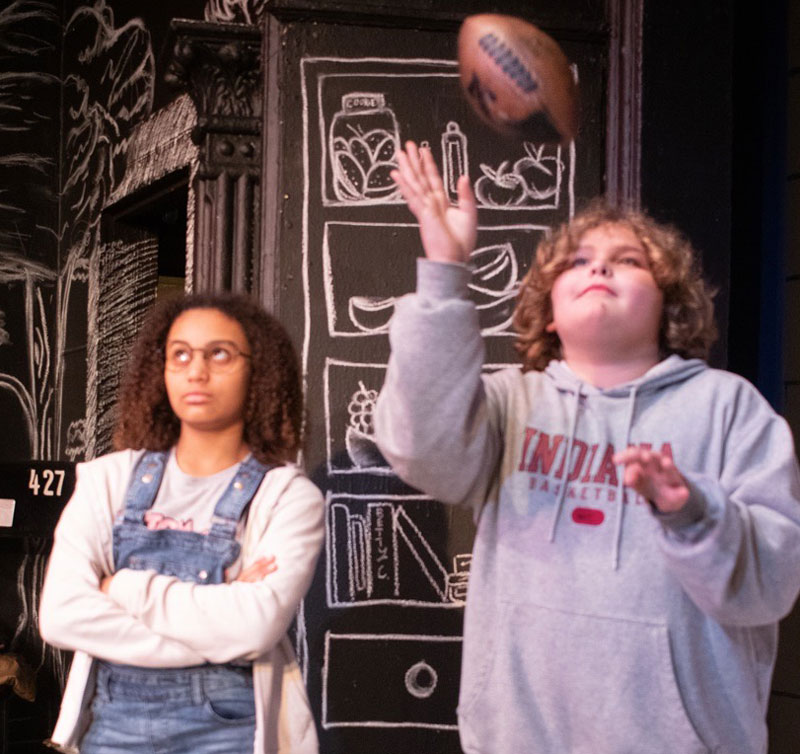 Maliya Matthews as Janie, left, and Carter Cranor as Sport in a scene.