Burkley, a resident of Nappanee, was a candidate in November 2022 for Locke Township Advisory Board. Born in Elkhart County, he studied marketing at I. U. in South Bend as well as music, theater and Spanish at Marian University in Indianapolis. 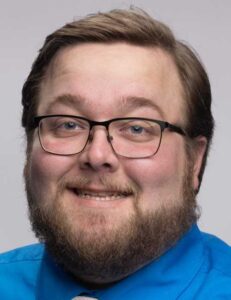 He is a loan officer at American Mortgage and Financial Services in Goshen, and sits on the board of directors of Art House in Goshen.

Tessa Parshall of Wakarusa is the new treasurer for ACT Nappanee-Wakarusa.

Parshall lives in Wakarusa and in November 2022 was a candidate for Olive Township Advisory Board. Parshall grew up in a small village in mid-Michigan where she attended a high school specializing in math and science.

Continuing her science education at Cornell College in rural eastern Iowa, Parshall studied physics and theater. At Cornell, she had her first exposure to politics in the form of volunteering to park cars at a political campaign dinner for candidate Bill Bradley. Later that year, she participated in her first caucus.

Moving to the Elkhart County area in 2006, Parshall joined NTA in Nappanee in its Building Material Test Lab. Her past experience in nonprofit management includes being treasurer for the local section of the American Society of Quality for two years. 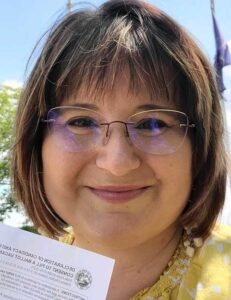 Lina Blosser of Goshen is the new secretary for ACT Nappanee-Wakarusa.

Blosser was born in Goshen, and grew up in South Bend. She attended IUSB as a math major and after raising her family, went to nursing school at age 60. 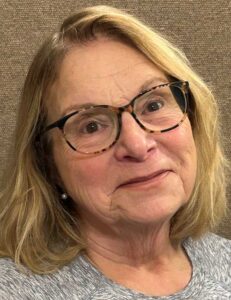 After graduating from the nursing program at IvyTech, she began working at Elkhart General Hospital. She is now retired from nursing and enjoys working a few hours weekly in a retail environment where she meets a wide range of people but still has time for volunteer work for ACT and for family and friends.

Blosser has four grown children, three of whom live nearby and one of whom lives in California. She has five grandchildren and is actively involved in their lives.

ACT Nappanee-Wakarusa is an area-specific group of Indiana citizens who tend to vote Democratic, progressive or independent, and has many members who are dissatisfied Republicans. Its purpose is to encourage voter registration, civil dialogue and respect for all citizens, compassion for immigrants, and we believe in the principles embodied in the US Constitution and Bill of Rights. ACT stands for “Advancing Community Together.”