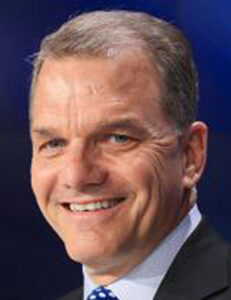 Board members were elected Sept. 12 at the IBA Annual Convention in French Lick. In addition to guiding IBA policy and setting long-term goals and objectives, the board helps determine the Association’s legislative programs and positions on issues affecting Indiana’s banking community.

David M. Findlay is president and CEO of Lake City Bank, Warsaw, and Lakeland Financial Corporation. He additionally serves on the boards of directors of both the bank and holding company. Findlay joined the organization in 2000 as executive vice president of administration and chief financial officer, and from 2010 to 2014 served as president and CFO. Previously, he served for five years with Quality Dining Inc., South Bend, concluding as senior vice president and CFO. Findlay began his career with The Northern Trust Company, Chicago, Ill., serving in several capacities from 1984 to 1995, when he was a vice president in the commercial lending group.

He is a member of the American Bankers Council of the American Bankers Association and is active as a board member with organizations including the Indiana Chamber of Commerce, Central Indiana Corporate Partnership, OrthoWorx, Orthopedic Capital Foundation, AcceLINX, the Northeast Indiana Regional Partnership, the Regional Chamber of Northeast Indiana, Ivy Tech Community College Foundation, Logan Center, the Community Foundation of Elkhart County and Centerfield Capital Partners. Findlay is a member of the Indiana Bankers Association class of 2019 Leaders in Banking Excellence, the Association’s highest honor. He is a graduate of DePauw University. 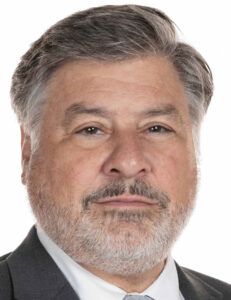 Jamie R. Shinabarger, 2023 chairman of the Indiana Bankers Association, is president, CEO and director of Springs Valley Bank & Trust Company and its parent company, SVB&T Corporation, Jasper. He has over 40 years of financial services experience serving with three financial institutions over that span. Before joining Springs Valley in 2008, Shinabarger was president and CEO of Hicksville Building, Loan & Savings Bank in Ohio, where he spent the bulk of his career (1986-2007) learning the core disciplines of banking: bank administration, lending, collections, deposits, IRAs, compliance and marketing. Prior to that, Shinabarger began his career in 1980 as an agricultural loan officer and appraiser with the Federal Land Bank of Bryan, Ohio. He then served as a loan asset specialist with the consolidated Farm Credit Services of Defiance, Ohio, from 1980-1986.

Shinabarger serves on the boards and executive committees of Dubois Strong (Dubois County local economic development organization) and Radius Indiana (regional eight-county southern Indiana economic development organization) and is a member of the Kiwanis Club of Jasper and Junior Achievement. Additionally, he is a member of The Bank CEO Network and serves on the executive committee of Friends of Traditional Banking, a national bipartisan super PAC committed to advocating for bank-friendly candidates in key senate races. Shinabarger earned a bachelor’s degree from Taylor University, an MBA from Indiana Wesleyan University and a certification of completion in executive education from the Ohio State College of Business. He is a member of the Indiana Bankers Association 40 Year Club.