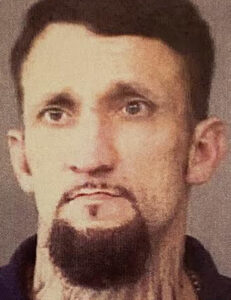 WARSAW — A North Webster man will serve 12 years in prison after being sentenced for multiple criminal cases.

Howey was sentenced in Kosciusko Circuit Court on Thursday, Jan. 12.

In total, Kosciusko Circuit Court Judge Michael Reed sentenced Howey to 18 years in the Indiana Department of Correction, with 12 years executed and six years suspended on probation. A no-contact order between Howey and the victim in the criminal confinement case remains in effect.

Howey has about one year and five months of jail time credit. Reed also recommended Howey for participation in Recovery While Incarcerated while serving his DoC sentence.

Defense Attorney John Barrett said he and Voelz negotiated on Howey’s plea agreement multiple times and requested the court sentence Howey according to its terms. Barrett said Howey has an underlying drug problem and wants help.

On March 15, 2021, a Kosciusko County Sheriff’s Office deputy responded to a report in North Webster of a man refusing to leave a residence while armed with a handgun. Upon the deputy’s arrival, the woman said she wanted Howey trespassed from a property. When the deputy checked Howey for weapons, he found a fully loaded pistol on Howey’s person.

On March 27, 2021, a Pierceton Police officer responded to a report of a man, later identified as Howey, attempting to force his way into a vehicle at a gas station. While searching Howey’s person at the Kosciusko County Jail, officers found a bag containing about 11 grams of meth.

On April 17, 2021, a Milford Police officer responded to a report of a woman being held against her will at gunpoint. The woman said Howey held her at gunpoint in her vehicle for about 15 minutes. Upon searching Howey’s person, the officer found a loaded handgun containing 10 rounds of ammunition. At the time of this incident, Howey was considered a serious violent felon, having a prior conviction for meth dealing in Kosciusko County in June 2017.