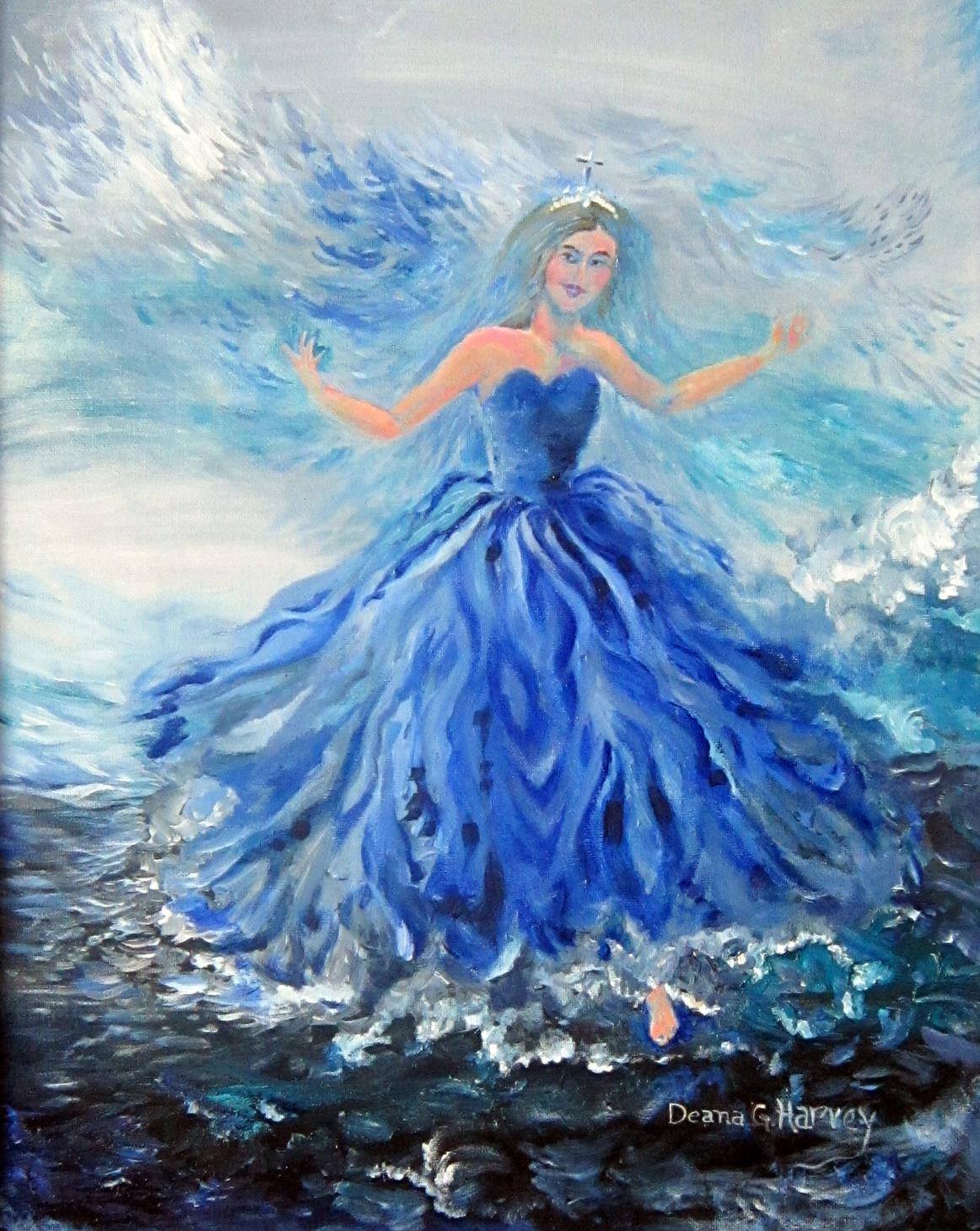 Artist Deana Harvey has been selected to display her work at the Warsaw City Hall Art Gallery from Jan. 11 through March 31. The gallery is located inside of Warsaw City Hall and is open to the public during the hours of 8 a.m. to 4 p.m. Monday – Friday.

Visiting the gallery within City Hall is a wonderful way to view the work of artists. The gallery is located in downtown Warsaw at 102 S. Buffalo St. The Warsaw City Hall has an interesting history. In 2010, the building was owned by National City Bank when the City of Warsaw was in the midst of a revitalization for the downtown area. Initially, the city planned to build new construction for the City Hall. However, the owner of the bank building approached then-mayor Ernie Wiggins with an offer to sell. Calculations by the Warsaw Redevelopment Commission indicated that renovating the bank space would be more cost-effective than if the city tried to construct a new facility. The Commission hired architect Mary Ellen Rudisel Jordan to oversee the renovation of the bank, which dated back to 1912. The goal of the renovation was to preserve the building’s historic character. In 2012, city offices moved into the first two floors of the new City Hall. On the first floor of the new City Hall, an area was carved out to serve as a public art gallery for visitors to City Hall to enjoy.

Artists are invited to exhibit by curator Darla McCammon, who facilitates the exhibitions. In 2013, architect Mary Ellen Rudisel Jordan was tragically killed in an automobile accident. In honor of the work she did to facilitate the renovation of Warsaw City Hall, a kinetic sculpture was created and placed outside of City Hall. The sculpture was created by artist John Mishler and named “Lifting Up.”

The next artist invited to exhibit at the Warsaw City Hall art gallery is local artist Deana Harvey. Harvey began her painting pursuits in high school but laid them aside afterward due to life activities and responsibilities. In 2009, she was blessed with the opportunity to again pursue art, and in 2013, Deana and her husband Lee opened Tree of Life Art Gallery in Roanoke, where Harvey is the primary artist in residence.

Harvey works in a variety of mediums including fabric, oil, acrylic, pastel and watercolor. She is inspired by “discovering daily the shapes, forms, colors in creation…(which makes for) imaginative creative expression.” Her excitement surrounding art comes from an appreciation and study of the color and flow throughout creation. Harvey specializes in prophetic art, which is the visual form of prophecy. It is art that carries a message from the heart of God to strengthen, encourage or comfort. Harvey’s artwork can be viewed at the Warsaw City Hall Art Gallery from Jan. 11 through March 31. The gallery is open from 8 a.m. to 4 p.m. Monday through Friday and is located at 102 S. Buffalo Street, Warsaw. Warsaw City Hall can be reached at (574) 385-2222.

Warsaw City Hall Art Gallery: Artist Deana Harvey will be displaying her artwork beginning Jan. 11 through the end of March. Make sure you stop by to view her work! To exhibit at Warsaw City Hall Art Gallery, leave a message with Darla McCammon, curator, at (574) 527-4044 or email to [email protected] If you would like to offer someone a free email subscription to this weekly column, send a request including the email address, to [email protected]