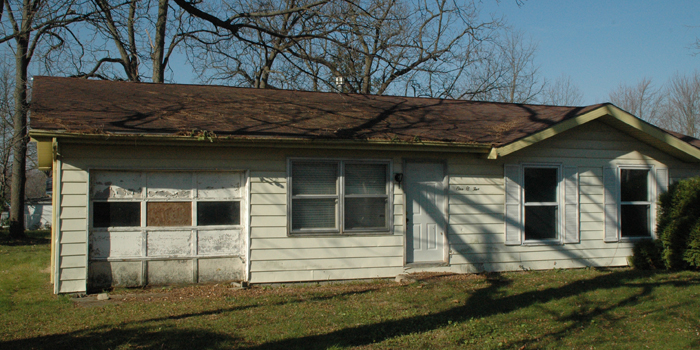 This house at 105 N. Maple St. in Milford is one of two owned by Ron Davidhizar the Milford Council voted to demolish at its Jan. 9 meeting.

MILFORD — After years of legal wrangling, the Milford Town Council may soon be able to lay to rest the matter of two properties owned by Ron Davidhizar.

During the council’s Jan. 9 monthly meeting, Town Attorney Jay Rigdon reported a motion by lawyers for Davidhizar to correct errors in a previous decision was denied at the end of December, leaving Milford Building Inspector Tom Bulger’s March 2020 judgment for demolition of two Milford properties — at 605 Kinwood Drive and 105 N. Maple St. — in effect.

The council chose to reject an offer from Davidhizar to put up a bond of $10,000 on each house to secure continued renovation of the property, which he said could be ready to rent within 90 days or the properties would revert back to the town.

“I don’t want to see us getting into a situation where we are continually dragging this on and there’s another concession made and another,” said President Doug Ruch. “We have the potential for new development coming to town that these blighted properties could hamper. We need to be firm on it. I feel there’s been plenty of time for concession on it.”

Ken Long agreed. “We’ve been dealing with this since before I became a member of this board. I think the time has passed.” He made a motion to seek bids to have the properties demolished.

Davidhizar then spoke. The properties, he said, were still “structurally sound” and they were being damaged by vandalism. He added that if he did not meet the 90-day deadline the town could use his $20,000 to tear the buildings down. Accompanying Davidhizar was contractor Roman Troyer, who said any problems with the houses were “cosmetic.”

The council voted to continue with the demolition. Davidhizar has 30 days to appeal the decision.