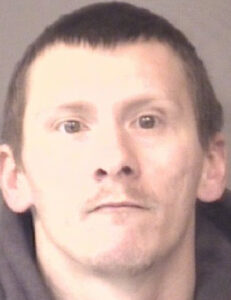 WARSAW — A former Rural King employee was recently arrested after allegedly stealing more than $1,500 worth of items from the store.

On Jan. 1, a Warsaw Police officer went to Rural King regarding theft committed by one of the store’s employees. The store’s loss prevention supervisor said she confronted the employee, identified as Holden, about stealing multiple items from Rural King. She provided the officer with a detailed and itemized list of the stolen items, valued at $1,789.77.

According to court documents, Holden began stealing from the store in December 2022. He allegedly stole a Stihl chainsaw to trade for a vehicle. Holden told the loss prevention supervisor he stole the chainsaw and nine other items, but did not want to write out a statement because he was concerned about being arrested.

Store employees also told the officer a stolen flashlight was inside Holden’s vehicle. They said they knew the flashlight was stolen from Rural King because the item was not yet available to purchase in the store.

In an interview with the officer, Holden said he stole flashlights, a chainsaw, sanding discs and a small storage container from Rural King. He also said he traded a stolen chainsaw for a silver 2002 Dodge Dakota.

Through further investigation, officers found the individual who gave Holden a vehicle in exchange for a chainsaw. The person said he traded Holden a 2002 Dodge Dakota truck for a chainsaw and two other vehicles on Jan. 4, outside of Lagro. The chainsaw was returned to police.

Holden was previously convicted of paraphernalia possession in Whitley County in August 2016.

Holden was booked in the Kosciusko County Jail on Jan. 5, with a $5,250 surety and cash bond.