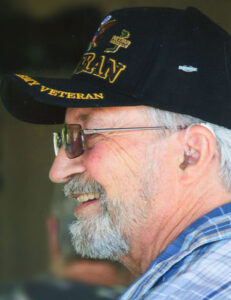 He was a 1966 graduate of Mentone High School, where he was a three-sport athlete, basketball, track, and baseball.  Rex served his country in the U.S. Army during the Vietnam War. He was a member of the American Legion as well as the Vietnam Veterans Memorial Fund. He was very proud to be awarded the Veteran of the Month of Kosciusko.

He worked for Holiday Rambler where he was an electrician. In earlier years he also worked for Smith Brothers of Mentone. Rex was an avid bowler and a travel softball player.  He was an Indiana University and Pittsburgh Steelers fan. Family was very important to Rex. He was a supporter of his children and grandchildren in all things, especially in their sporting events.

Rex was preceded in death by his father Donald and a brother Roger D. Yarian.

The future remembrance place will be in the Mentone Cemetery, Mentone.

Memorial contributions can be made in his memory to the Vietnam Veterans Memorial Fund 3033 Wilson Blvd, Suite 300 Arlington, VA 22201 or the Mentone 4-Way Ambulance Service.

Share a Memory or send an Online Condolence at: www.hartzlerfuneralservices.com