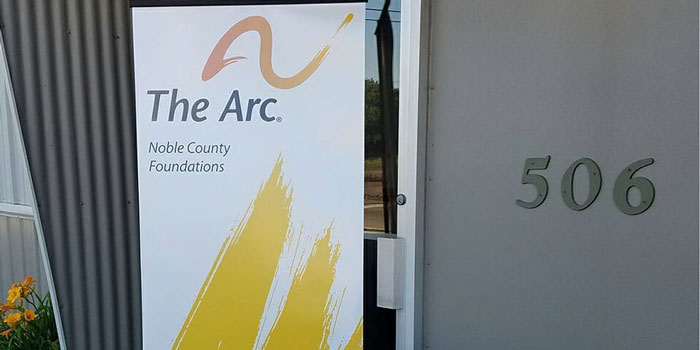 ALBION — The Arc Noble County Foundations Inc. is developing a commercial kitchen at its headquarters in Albion. The organization says when complete, the kitchen will be used to help individuals with disabilities gain skills in meal planning for their personal lives, but also provide workforce development to help them gain independence and potential employment. The project is being funded by a two-year, $213,000 grant from the AWS Foundation in Fort Wayne.

CEO Kay Craig told Inside INdiana Business said the current kitchen at the Albion location is in need of updates, which will be covered by the grant.

“We’re really updating it for people to become better [at] taking care of themselves in their own homes,” Craig said. “But the second, I think, kind of the newer or more exciting thing at this point is we’re running some business enterprises out of the kitchen now, but as we go forward some more, we supply things to a diner here. That diner is going to potentially serve others than just people who come to the building now. So, we have outlets for our food preparation.”

The Arc says the project is part of a five-year strategic plan to transition services and supports to more community-integrated employment for people with disabilities.

Craig said in November, the organization moved away from paying a sub-minimum wage through the federal 14(c) certification program, a move becoming more common among nonprofits.

In September 2021, Huntington-based Pathfinder Services announced it was eliminating the sub-minimum wage for its workers.

“Now people are getting at least minimum to do a variety of things,” said Craig. “We really kicked it off in May. Now, we have 14 people who have moved into community employment, so we just need some stepping stones because people for so many years, sat at a table and did some small assembly, and so we needed some stepping stones to get them the skills and the experience to move out out from these walls into the community.”

The building in which the organization’s office and the kitchen sits currently has a diner that provides food for people working in the building. Craig said one of the goals of the commercial kitchen project is to be able to open that diner up to people coming from outside of the building.

The Arc also operates the CLC Café at the Community Learning Center in Kendallville, which opened in December 2021. Craig said the cafe will be closed this month as they work to establish operating hours that will better benefit the community, though it has seen success, particularly during community events.

“We actually now have four individuals who have moved into a community job in that cafe,” Craig said. “They get paid hourly. They’re able to do almost all the skills that are necessary. I hope that they can actually then kind of be the last step to move into a community job. Some of them may just stay there. It’s not really our building, so it’s really a community worksite.”

Looking forward, Craig said she hopes the commercial kitchen can serve as a model for other communities in Noble County.

She added the state and the AWS Foundation have been great partners, and now is a very exciting time for people with disabilities.

“COVID may have been challenging in a lot of ways, but it taught us that people with disabilities have a place in the workforce, and the workforce needs us,” she said. “I really want to give a thumbs up to the state for having the compassion and the foresight to do this and to AWS Foundation. They have been such a wonderful partner for the last ever since I’ve been here, but particularly for the last three years. And so it’s great to be in the business right now.”