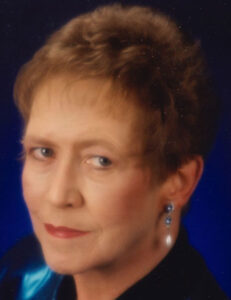 Born May 12, 1935, in Leesburg, Sharon was the daughter of Herbert F. and Martha A. (Jefferies) Metge, both of whom preceded her in death. She was a graduate of North Webster High School and was married to the late Joseph M. Line on Dec. 31, 1971; he too preceded her in January 2012.

Sharon was a hard worker, spending much of her working life in the service industry. Many would remember her from bartending and serving at the VFW and the Sleepy Owl.

More personally, Sharon is remembered for her good sense of humor, her stubborn streak and her ability to make friends with seemingly anyone. She was kind, giving and energetic. She was an amazing cook and mother. She liked to mushroom hunt, fish and visit with friends.

In addition to her friends and many customers over the years, those who survive with memories to cherish include a daughter, Rachelle Linn Johnson Hooker, Warsaw; three grandchildren, Michael, Robbie and Ashley; and seven great-grandchildren. In addition to her parents and husband, Sharon is preceded in death by son, Gary Johnson; an infant son; and a grandson, Shaun Mast.

The family is grieving privately. No services will be held at this time though a memorial service is in the planning stages for Spring 2023. Titus Funeral Home – Owen Chapel of Syracuse is entrusted with Sharon’s care.

In lieu of flowers, well-wishers should consider gifts to either American Legion Post 253 or Wounded Warriors Project. Written condolences may be left at www.TitusFuneralHome.com