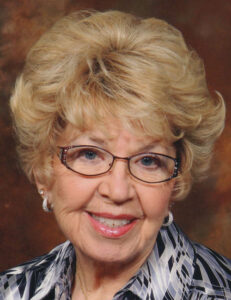 She was born Nov. 10, 1930, in rural Claypool, to Paul Wilson and Maggie Rudy Jamison Wilson. Patsy graduated from Warsaw High School in 1949. On July 2, 1950, she married her high school sweetheart Ferrel R. Brallier who preceded her in death in 1988. She was also preceded in death by three brothers, Richard, James and Philip Wilson.

Patsy graduated from Fort Wayne Beauty College and owned and operated Pattie’s Petite Parlor for over 30 years. After retiring from hairdressing, she moved to Naples, Fla., where she worked in ladies’ apparel.

During her youth, she was active in the First Baptist Church. She became a member of the chancel choir, a path she would follow in every church she attended throughout her life. After marrying, she became an active member of the First United Methodist Church of Warsaw. While living in Naples, Fla., she was active in the East Naples UMC. In 2009, she moved back to Indiana to be closer to family and settled into a Robinhood Home at Grace Village. She enjoyed reconnecting with her First Church friends and making new ones at Celebration Church. She lived at Grace Village until moving to Peabody in September 2022.

Patsy lived a life of joy and spread it wherever she went. A celebration of her joyful life will be held at 2 p.m. April 22, 2023, at First United Methodist Church, 179 S. Indiana St., Warsaw, IN 46580, with visitation an hour before and a reception in fellowship hall after the service.

In memory of this special lady, contributions can be made to: Celebration Church, 1289 South CR 250E, Winona Lake, IN 46590 or First United Methodist Church .