Dallas Aaron Alsman, South Whitley, passed away unexpectedly in Pierceton on Saturday, Dec. 24, at the age of 75. 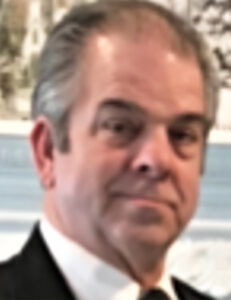 At the young age of 21, he knew he was going to spend the rest of his life with Judy Ann Webster. He married his best friend on June 14, 1969, and they were blessed with 53 years of marriage before Dallas passed away.

Together he and his wife raised three sons and one daughter. Dallas was a wonderful father.

They celebrated birthdays, anniversaries, holidays, weddings and everything in between. He loved becoming a grandfather multiple times throughout his life and getting to hold each one of his grandchildren.

Dallas attended Hammond Tech High School. In 1972 he started his job at Bethlehem Steel in Burns Harbor as an overhead crane operator. He was a loyal and hardworking employee for 30 years and retired in 2002. He made many friends over the years at his job.

After retirement, he moved to South Whitley in 2002 and kept active doing many things. He was a Sunday school bus driver for 10 years, and one of his favorite pastimes was singing in a quartet at his church.

Dallas was a member of Community Life Center Church in Warsaw where he loved the fellowship of his church family. More than anything, he loved his family and will forever be remembered as a loving husband, father, grandfather and brother. He left this world on Christmas Eve and celebrated Christmas Day in Heaven!

He was preceded in death by his parents; son Brent Alan Alsman in 2008; brother Kinsey; and his sister, Janie.

Dallas’ life will be celebrated with a funeral service at 1 p.m. on Friday, Dec. 30, at Community Life Center Church, 825 N. Harrison St., Warsaw, officiated by Pastor Phil Chandler. A graveside service will follow at Hillcrest Cemetery in Pierceton.

Friends and family may visit prior to the service from 10 a.m. to 1 p.m. at the church. Arrangements were entrusted to Redpath-Fruth Funeral Home, Warsaw.

The family requests memorial donations be directed to Redpath-Fruth Funeral Home, 225 Argonne Road, Warsaw, IN 46580, to go toward funeral expenses. Condolences may be sent through the funeral home’s website at www.redpathfruthfuneralhome.com.