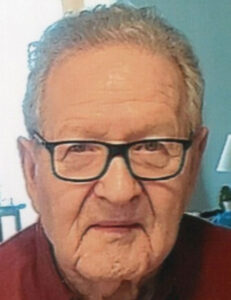 He was born Jan. 19, 1935, in Fort Wayne, to Mildred Carol (Cole) Hoffman and Freeman E. Hoffman. At the young age of 24, he knew he wanted to spend the rest of his life with Carolyn Sue McKibbin. He married her on July 5, 1959.  They were blessed with two daughters and shared everything in their lives for the next 63 years of their marriage.

Rex was a lifetime resident of Kosciusko County and was a 1954 graduate of Sidney High School in Sidney. He proudly served for a number of years in the Army National Guard. In 1957, he owned and operated Hoffman Standard Filling Station. Later, he branched out and was the owner and the friendly familiar face at Hoffman Simplicity Sales and Service. Rex was one of the most knowledgeable men in the business when it came to the sales and service of lawn and garden equipment. He originally operated it out of a small space in his filling station, and it grew to become one of Warsaw’s largest lawn mower dealerships. Rex turned his full-time job into a family business where he spent countless hours of quality time with his loved ones until he retired in 2006. Retirement never slowed Rex down, and he always enjoyed cars and antique tractors. He was an avid White Sox fan and loved Notre Dame. Of course, he was a big fan of Warsaw High School basketball. He was a wonderful kind man who dearly loved his family. Rex will be remembered as a loving husband, father, grandfather and brother, who will be forever missed by those who were fortunate enough to have known him.

Rex’s life will be celebrated with a memorial service at 3 p.m. Friday, Dec. 16, 2022, at Redpath-Fruth Funeral Home, 225 Argonne Road, Warsaw, and officiated by Pastor Bruce Barlow. Friends and family may visit prior to the service from 1–3 p.m. at the funeral home. Burial will take place at a later date at Oakwood Cemetery, Warsaw.