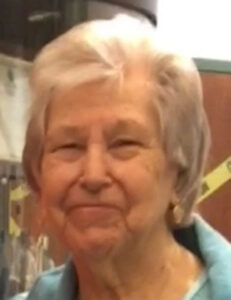 Judy was born Aug. 8, 1942, in Warsaw, and graduated from Atwood High School with the Class of ’60. On June 30, 1962, Judy married Richard Plotner, who preceded her in death on Feb. 15, 2009. Judy later married Roger Middleton on July 23, 2016, and he also preceded her in death on May 21, 2022. Family was the most important aspect of Judy’s life; she was a homemaker and absolutely devoted to her family and friends. She was a member of First Christian Church of Warsaw and she enjoyed word search puzzles, crafts and caring for her cat, Lily. Judy was known as a people-person, and she liked playing bingo and visiting with friends at the Warsaw Senior Center.

Memorial donations in Judy’s name may be directed to the First Christian Church of Warsaw, online at www.fccwarsaw.com or by mail to 115 Park Ridge Drive, Warsaw, IN 46580, or to the donor’s choice.