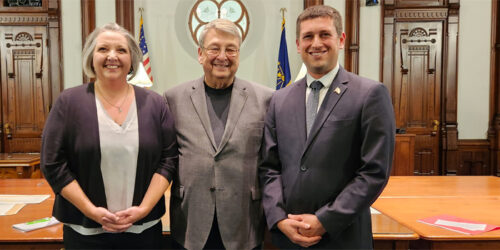 The openings were created On Nov. 8 after Treasurer Rhonda Helser was elected county auditor and Coroner Tony Ciriello was elected to a seat on the county council.

Each of the caucus decisions came on the first round of voting as upward of 57 precinct committee members participated in the old Courtroom of the Kosciusko County Courthouse.

Huffer is finishing a four-year term as Plain township Trustee and lost his bid for re-election for that job in the May primary.

Both Puckett and Huffer will assume the office on Jan. 1, according to Kosciusko County Republican Chairman Mike Ragan.

Puckett, while addressing the caucus, pointed to her skills and 23 years of experience in county government.

“As much as integrity and passion count, it means nothing without the knowledge and experience to step up to it when times get tough. It’s easy to walk away when it gets hard. I don’t walk away,” she said.

County Prosecutor Dan Hampton spoke in support of Puckett during the caucus and talked about of Puckett’s “inherent desire” to work with county colleagues, as well as her problem-solving skills and leadership.

Wilson lost despite apparent wide support within the coroner’s office and at least two funeral homes.

She spoke of her experience and pointed out that she’s the only candidate certified to do death investigations.

During his pitch to precinct committee members, Huffer pledged “to be in the trenches” and “not be a figurehead.”

He pointed to his work as a paramedic and as township trustee and the importance of providing care and compassion for those grieving over a death.

He’s employed with Titus Funeral Home and told the caucus that he would avoid directing business to the funeral home.

Details on the Winona Lake caucus were announced earlier this week.

Plans for a caucus in Leesburg have not been released yet. 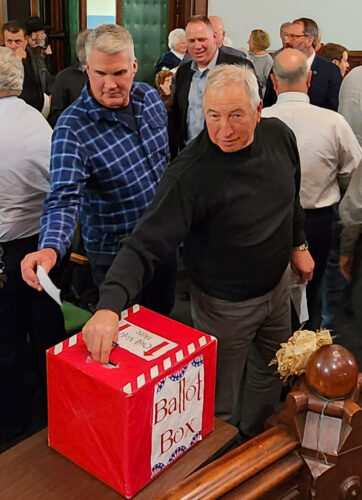