NORTH WEBSTER — After nearly two decades, the town of North Webster will soon have a different clerk-treasurer managing its finances. 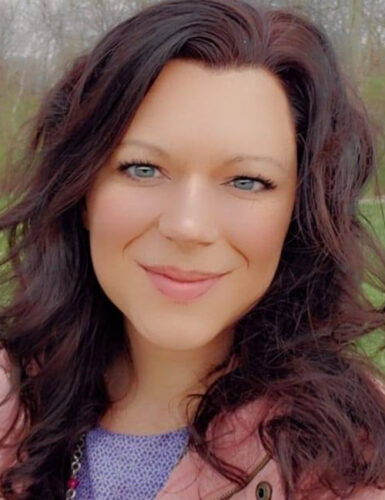 Earlier this year, longtime public servant Betsy Luce announced her intentions to step down from the office she’s held for 19 years and that the local Democrat party had begun its search for her replacement. It didn’t take long before it was announced Leigh Anne Jessop would be assuming that leadership role for the town.

Jessop, a Kosciusko County native, grew up in rural Pierceton, graduating from Whitko High School, where she was active in 4-H and FFA. She grew up on a quarter horse farm, the daughter of Jay and Liz Dausman, before leaving the area to attend college in Wyoming. After receiving a two-year agricultural degree from Casper College, she returned to Indiana to attend Purdue University.

Eventually she changed her career tack, moving into finance and the orthopedic industry in Warsaw, where she spent a decade in a variety of roles for Zimmer and OrthoPediatrics.

She also began developing an interest in real estate, eventually accepting the office manager position with RE/MAX Lakes in North Webster while continuing to do side work as a consultant in the orthopedic field. A year ago, Jessop also relocated from Warsaw to North Webster with her now 13-year-old son, Van.

“With the pandemic, I had a shift in priorities,” said Jessop. “Webster has a slower pace. I love the community, I love the people. It’s a community you can be as involved in as you want to, or just keep to yourself. I like to be with people. I like to be involved.”

She said she was just getting involved with the local Democrats, going to different events and “seeing how I could get involved. When this opportunity came up, I at first thought they were asking me to help them find someone for the position. But then they were like, ‘Well no, what do you think about doing the position.’ I said, ‘let me think about it.’ Eventually I decided it was one of those things that I’d regret if I didn’t try it.”

Jessop has been working with Luce and the staff at town hall to get up to speed to take on the role beginning in 2023. She acknowledged the staff has been doing it right for so long that the transition should be relatively easy.

“Everybody has been very nice and helpful and encouraging,” she said. “They’re all very knowledgeable and are workhorses. They know what they’re doing and they do it well. They also have no problem expressing their expectations, which I love. Nobody has been timid.”

For the immediate future, Jessop said she is stepping back from her full-time role at RE/MAX but is planning to continue in a part-time capacity. She plans to work from town hall, a change from the past couple of years during which Luce was working from home since the start of the pandemic.

“It’s a new opportunity,” she said of her new job. “There’s so much about the town I didn’t know as far as what goes into managing the different aspects of it. I’m enjoying learning all the different facets of it. I really enjoy learning new things. I always feel like if I’m not learning something new, I’m going stale.