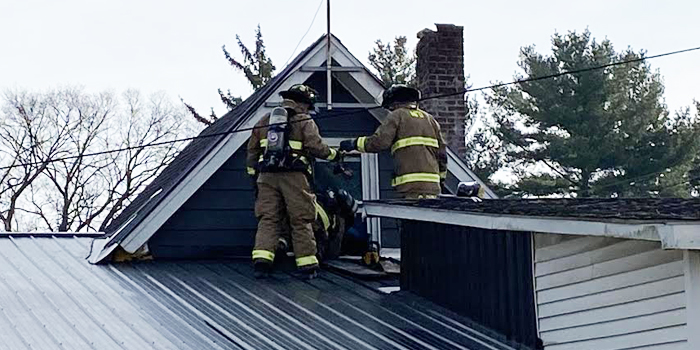 Firefighters work at the scene of Milford house fire on Thursday, Nov. 24. It was at 309 S. Henry St. InkFreeNews photo by Leah Sander.

MILFORD — No one was injured as a result of a Milford house fire on Thursday, Nov. 24.

“They had some kind of fire in the ceiling,” said Milford Fire Chief Virgil Sharp. Firefighters were able control the fire, which was contained to the “attic, ceiling areas,” in about 20 minutes, he said.

The cause of the fire is unknown at this time. Also responding to the scene were Lutheran EMS and Turkey Creek Fire Territory.

According to the county’s Beacon GIS, the home is owned by Gayle A. and Peter A. Wood.