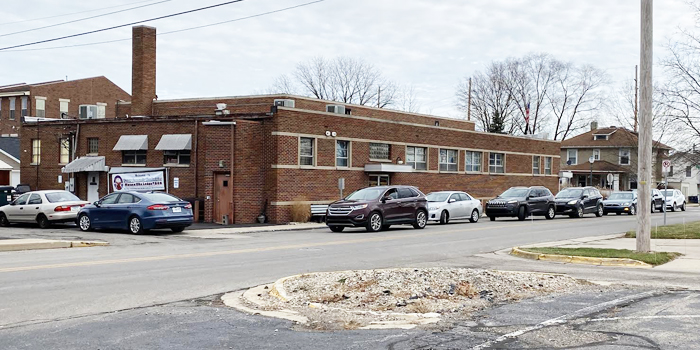 A line of vehicles stretches around the side of American Legion Post 49 of Warsaw just prior to Elks Lodge No. 802 of Warsaw handing out meals through the community Thanksgiving dinner there on Thursday, Nov. 24. The Lodge hosted the dinner in carryout- and delivery-style only due to ongoing renovations at Center Lake Pavilion, where it’s been held in-person in years past. InkFreeNews photos by Leah Sander.

WARSAW — About 630 free Thanksgiving meals were distributed on Thursday, Nov. 24, thanks to the Warsaw Elks Lodge No. 802.

The organization put on the annual community Thanksgiving dinner on Thursday, with the help of American Legion Post 49 of Warsaw. Anyone, regardless of need, was welcome to get a meal, which included a roll, ham, turkey, stuffing, cranberry sauce, green beans, carrots, mashed potatoes and pie.

Volunteers cooked and distributed the food through either carryout at the Legion or delivery since the normal spot for the dinner, Center Lake Pavilion, is under renovation.

Organizer Charlie Miller said the number of meals given out was actually a bit lower than what he expected.

“I figured … with … inflation we’d be higher, but I guess that’s a good thing,” he said.

Leftover food was to go to Fellowship Missions of Warsaw.

Miller raved about the volunteers that assisted with the dinner.

“My crew in here is excellent … Tracy (Minnix) and Steve (Phipps), they really make a go of that 24-hour run from yesterday into today with the food, that’s the big thing. My pie ladies, my turkey separating ladies, I mean they all take away from their family and come in, it’s really nice, it helps the community a lot,” said Miller. “We have a lot of people come through that don’t really necessarily need help there, but it’s kind of stupid for an elderly couple to cook a $150 to $200 meal for just two people, so it’s really convenient.”

Though the meal is free, people are welcome to give donations, with the Elks using funds for their needy children’s Christmas fund.

“We buy a bunch of toys and clothes for kids (and) we’ll have a big Christmas giveaway,” said Miller.

He mentioned the people that were most generous with their donations were those “that come through that look like they need (help) the most.”

Volunteers also handed out “eight pairs of gloves and eight hats, a couple of scarf and hat and glove sets” to those coming through the carryout line, said Miller.

“Warsaw Engineering donated six gift cards for Kroger. A lot of guys from AkzoNobel donated their … $25 gift cards (from work),” he said. “We gave away two blankets this year. We gave away some dog food, first time we’ve ever done that, but we had a little extra money.”

The meal is paid for out of donations from individuals and large and small businesses. People are welcome to reach out to the Elks at (574) 267-7802 to give a donation.

“It’s just good for the community,” added volunteer Tony Clark regarding the dinner. 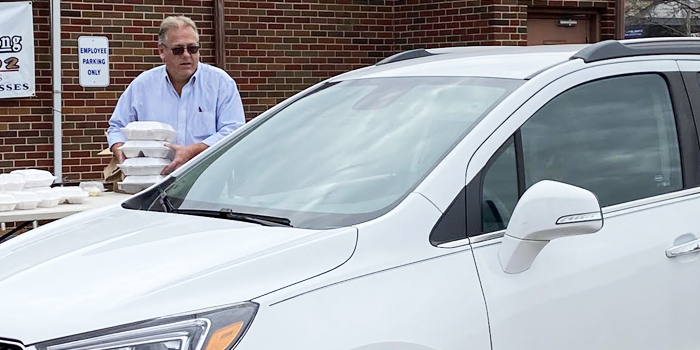 Dinner Organizer Charlie Miller takes meals out to one of the vehicles in line. This is the 28th year he’s helped with the event. 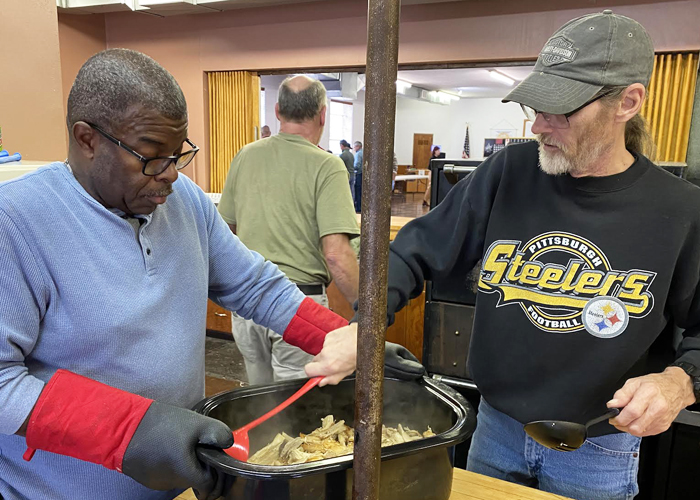 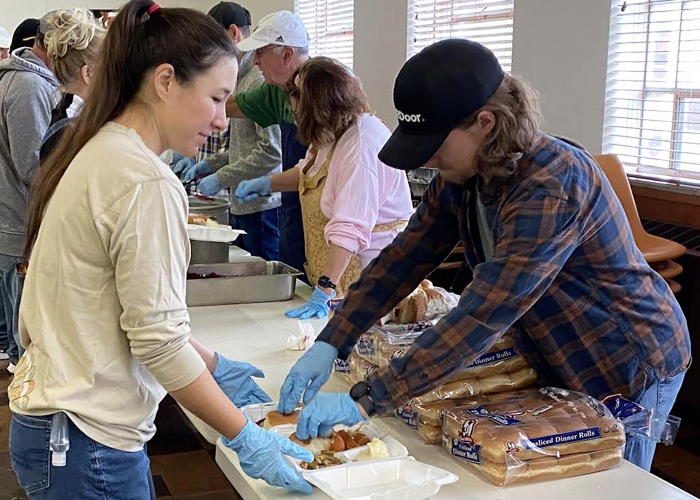 Erica Roche, left, waits as Jake Gisick fills her container with food to be distributed during the dinner. 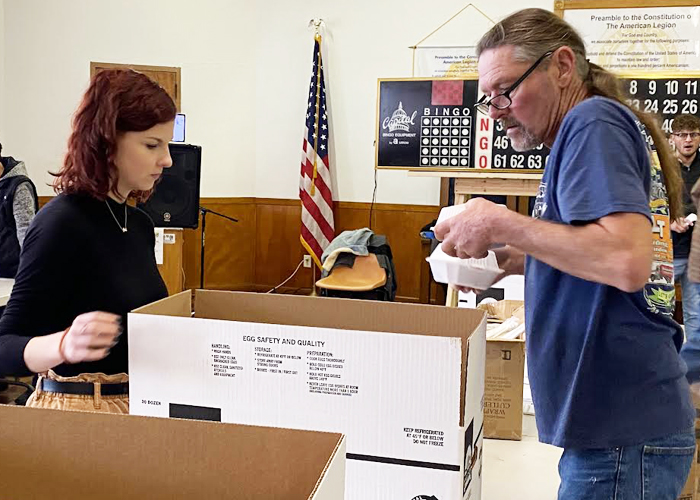 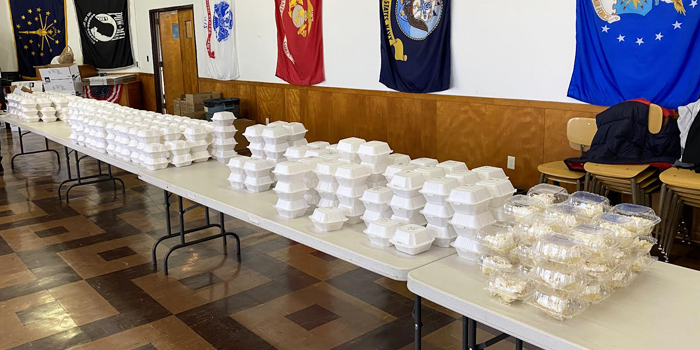 Slices of pie sit in containers ready to be distributed for the dinner. Miller said there were 105 pies cut up this year.