WARSAW — Tracy Wilson will likely enter the Republican caucus for Kosciusko County Coroner with more direct experience than either of her competitors. 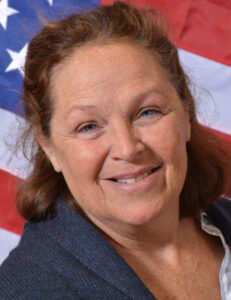 Wilson is the third person to file for the opening, which was created after coroner Tony Ciriello won election to Kosciusko County Council on Nov. 8.

Republican precinct committee members are expected to make the selection for a new coroner as well as county treasurer on Dec. 1 in the old courtroom at the Kosciusko County Courthouse. The process is expected to begin at 6 p.m.

The deadline to file with the Republican Party is Monday, Nov. 28.

She was a paramedic and her husband, Mike Wilson, was a firefighter when they first met and started working together on death investigations. Tracy said she started joining Mike on calls, doing things like note-taking and photography.

“I’ve always been interested in the medical field in some aspect. The mystery of death has always been a fascination,” she said.

She began working in the coroner’s office in 2005. In 2012, she attended coroner school, became certified and then began working as a deputy coroner in Warsaw.

She said she thinks her experience works in her favor.

She also said she’s been endorsed by Dr. Scott Wagner, a forensic pathologist in Fort Wayne who does autopsies for Kosciusko County, and the support of numerous funeral homes.

Ciriello and other office staff are also supporting her run, she said.

One of the things she said she’d like to do is have the office more involved in the community beyond being the office that is called when somebody dies.

Other Republicans who have filed to participate in the caucus are Tyler Huffer and Jason McGlennen.