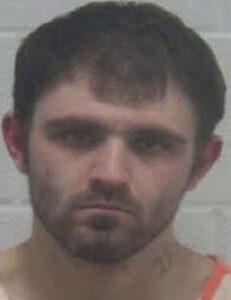 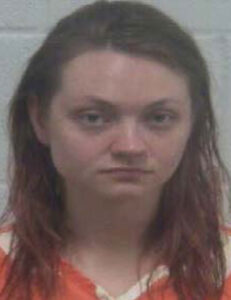 Travis Lee Kirby, 31, 3841 W. 800S, Kewanna, is charged with strangulation, domestic battery committed in the presence of a child, and neglect of a dependent, all level 6 felonies.

Courtney Nicole Ebert, 25, 3841 W. 800S, Kewanna, is charged with domestic battery committed in the presence of a child and neglect of a dependent, both level 6 felonies.

On Nov. 11, Fulton County Sheriff’s Office deputies responded to a Kewanna residence regarding a domestic disturbance at a home. Based on previous incidents, deputies knew there was no electric power to the residence.

Upon arrival at the scene, the deputies spoke with Kirby, who said Ebert punched him in the face. Deputies noticed scratch marks on both sides of Kirby’s neck and face. Two children were in the home at the time. According to court documents, one of the deputies requested dispatch contact the Department of Child Services due to the residence’s conditions. The home had an abundant amount of items piled up inside it and also had no running water.

One of the children said Kirby injured them. Kirby told deputies he had a lit cigarette in his hand when the child turned into him, causing the child to get a burn on their face.

Deputies later located Ebert at a home in Fulton. Ebert said she became angry with Kirby after he allegedly placed her in a headlock while she was holding one of the children. Ebert then showed deputies marks on her neck area that she said were caused by Kirby. She admitted to punching Kirby in the face.

Kirby denied punching or choking Ebert. A DCS representative arrived and took possession of the two children while working on placing them with a family member for the evening.

Both Kirby and Ebert were booked in the Fulton County Jail on Nov. 11.