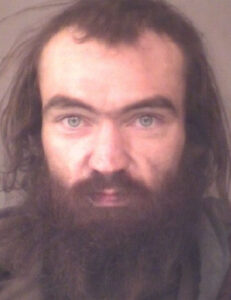 MENTONE — A Mentone man was recently arrested after a stolen vehicle report resulted in the discovery of drugs.

On June 26, the Kosciusko County Sheriff’s Office received a report about unauthorized control of a 2014 brown Ford Edge. The vehicle’s owner said the Ford Edge’s keys had been hidden from Coty A. Prater, Warsaw, who allegedly found the keys and took the vehicle without permission.

KCSO deputies found the Ford Edge on the northeast side of a property in Mentone. Officers also noticed two men working on a vehicle on the south side of the property. One of the men was Fields.

It was later determined that Fields resided in a travel trailer on the property. After discovering Prater was in the area while in possession of drugs, officers obtained a search warrant for the trailer.

Fields has prior convictions for methamphetamine possession, paraphernalia possession, and possession/sale of precursors in Kosciusko County.

For this case, Fields was booked in the Kosciusko County Jail on Nov. 21, with a $10,250 surety and cash bond.

Prater has already been arrested and has a pretrial conference at 3 p.m. Monday, Nov. 28, in Kosciusko Circuit Court.