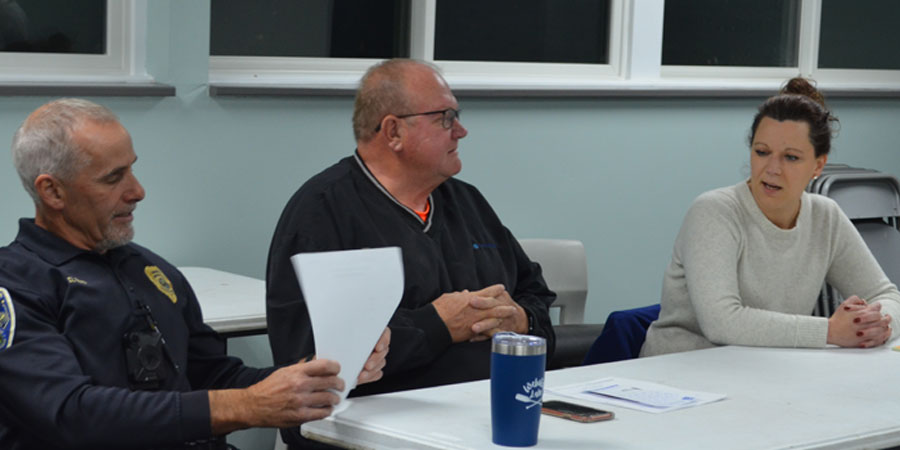 The North Webster Town Council heard about a grant for a new proposed trail at its regular monthly meeting Tuesday, Nov. 22.

A trail study, paid for by the town, was performed in 2020 from the North Webster town limits north to Wawasee Middle School.

Now the town can get grant assistance for the trail. The INDOT federal fund grant application is due Dec. 2.

The grant is an 80-20 match, with the town would supplying 20% of the funding. Board members signed the financial commitment letter at last night’s meeting.

The board can approve the supplemental agreement, subject to funding, said the town’s attorney Jack Birch.

“This is a requirement of the grant application,” said Beth Johnson, business development representative for USI Consultants.

Since the funds are not appropriated, the current clerk-treasurer, Betsy Luce, who was not at the meeting, will need to be advised.

“We will come up with the money,” said Lisa Strombeck, town council member. “We will get it worked out.”

During the utilities report, Mike Noe noted the new skid loader will be delivered in 2023. By ordering it this year, the town saved $4,400, he said. The ski loader cost $89,750. “It will be very helpful,” said President Dan Thystrup.

Leaf pickup will continue until Thursday, Dec. 1, unless otherwise needed, Noe said. He said Christmas lights are up now.

Trench repairs will be conducted near Lake Lube on South Main Street Monday, Nov. 28. There has been a shortage of concrete, he said.

During the police report, David May, deputy marshal, said there were 345 calls of service. Of those, 112 were traffic related, eight of which were accidents or vehicles in the ditch. There were two drug-related calls and four alcohol-related calls.

He said the new officers are “doing well.”

The parks department gave its report. Two trees will be trimmed near the town park pavilion. A new four-wheeler will be used for seaweed removal at the town park at Webster Lake.

The next meeting is at 6 p.m. Tuesday, Dec. 20, at North Webster Community Center.