WARSAW — Tyler Huffer has thrown his hat into the ring ahead of a Republican caucus for Kosciusko County Coroner. 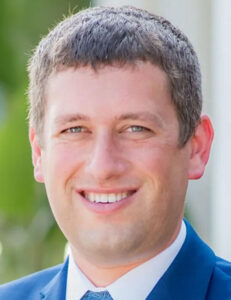 Huffer, 33, is employed with Titus Funeral Home in Warsaw.

The position’s  vacancy was created after Coroner Tony Ciriello was elected to Kosciusko County Council in the general election.

The caucus for coroner will be one of two county-related caucuses happening at 6 p.m. Thursday, Dec. 1, in the old courtroom in the Kosciusko County Courthouse. The other opening is for county treasurer.

The filing deadline to run for either elected position is Monday, Nov. 28, with the Republican Party.

Huffer, who lost his bid for re-election as Plain Township Trustee in the May primary, said serving as the county coroner is something he’s considered for a while.

Huffer grew up in the area and graduated from Warsaw Community High School in 2008. He attended classes at Indiana University Purdue University – Indianapolis and became a licensed paramedic in 2011.

Huffer said he considers himself to be a community-minded individual and has the experience to do the job.

“I believe that my positions as a paramedic, flight paramedic with Parkview Samaritan, and as the Plain Township Trustee have prepared me well.”

He is also a precinct committeeman for the Republican Party, a board member of the Chapman Lake Conservation Association and a member of the Warsaw Noon Optimist Club.

If chosen by the caucus, he said he plans on attending a Medicolegal Death Investigator class in February with other newly-elected coroners and deputy coroners from across the state.

“I plan to formulate healthy, ongoing working relationships with each of the county departments with which the coroner’s office works – from the sheriff’s office, prosecutor’s office, health department, police departments, fire departments, EMS agencies, to the county council and commissioners along with other area funeral homes. I will bring a fresh set of eyes and a background of experience to the office and strengthen the relationships that already exist.”