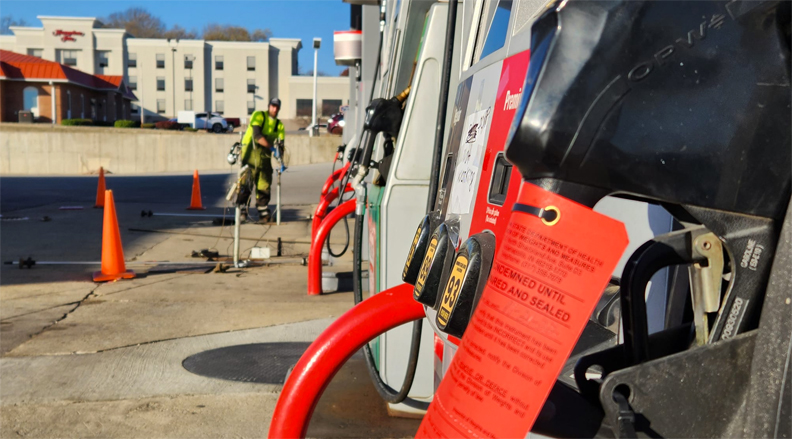 An employee for Midwest Tank Testing is seen in the background behind gas pumps that have been tagged and shut down at the Phillips 66 station on East Center Street in Warsaw. InkFreeNews photo by Dan Spalding.

WARSAW — A Phillips 66 gas station on East Center Street in Warsaw has halted sales of gasoline after receiving complaints on Sunday, Nov. 20.

A spokesman for the Phillips 66 store said they believe the problem is a technical issue and was unsure how soon the issue would be remedied.

All of the pumps were tagged on Monday, Nov. 21, by the Indiana Department of Health Division of Weights and Measures, noting that the pumps are “condemned until repaired and sealed.”

On Wednesday, Nov. 23, Midwest Tank Testing had an employee looking into the matter.

According to a report by the Times-Union, four complaints had been filed by motorists, some of whom claimed their vehicles seized up shortly after buying fuel from the gas station.

Calls left with the Division of Weights and Measures were not returned Wednesday. 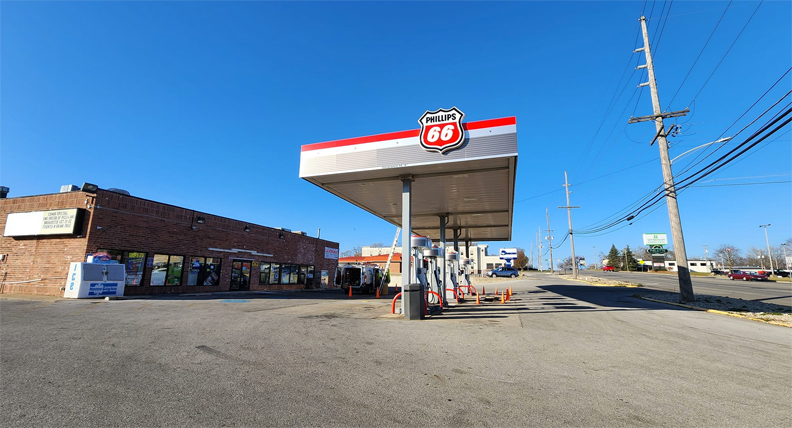 A view of the Phillips Station at 2518 E. Center St., in Warsaw. InkFreeNews photo by Dan Spalding.