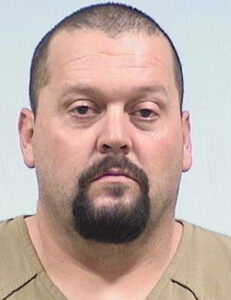 In that plea agreement, Hershberger agreed to plead guilty to eight counts of aiding, inducing, or causing arson, all level 4 felonies with one charge of attempted contributing to the delinquency of a minor, a level 3 felony to be dismissed.

By pleading guilty he accepted a maximum of a 50-year cap on any originally imposed sentence. It also called for the state to dismiss all other charges pending against Hershberger arising from this specific incident as alleged in the charging documents and not file any additional charges arising from this specific incident. A final agreement was that he reserves the right to request a modification of sentence.

Court records show that for charges I through IV, he was sentenced to 12 years each to be served consecutive. For count V he was given a 12-year sentence with 10 years suspended. The 12 years will be served consecutive to the sentences in I through IV. The sentences for count VI through VII were each 12 years, all suspended, for a total of 46 years. His suspended sentences would be served on probation. He was remanded into custody and will be sent to the Indiana Department of Corrections. He was also fined $50,000.

The charges are in connection with fires on:

Documents filed in Kosciusko Superior Court I, refer to the April 26, 2021, barn fire near Milford, owned by Stuart Jackson, and barn fires on June 10, 2021, owned by Roger Boettger and Michael Mast. The damage from these three fires was estimated at $136,850.

The affidavit of probable cause states while Elkhart County Sheriff’s Office investigators were looking into multiple barn fires in their jurisdiction, through the use of Google geo fence data it was learned a phone number associated with Sherry Thomas was pinged near the location of multiple barn fires just prior to each fire, including Milford and the two near Nappanee .Investigators uncovered an association between Thomas and Hershberger who was known to be involved in a previous arson investigation.

A long-term surveillance of the couple indicated activity consistent with locating structures that would match previous barn fires. A search warrant was issued on Nov. 30, at which time their home, vehicles and electronic devices were taken and provided evidence implicating both parties.

During the interview, Thomas admitted being present during the ignition of all fires in Elkhart County. She also identified the fire in Milford and two in Nappanee as being familiar and believed she and Hershberger were responsible for those fire.

Hershberger did admit, when talking with police, both he and Thomas started at least eight barn fires, but did not believe it was more than 12 fires throughout northern Indiana. They both implicated each other in the Nappanee fires

The affidavit for probable cause in Marshall Count Superior Court 1 refers to a May 8, 2021, truck fire at Rolling Meadow School, 2909 Birch Road, Bremen. The investigation found a large amount of glass broken from outside the vehicle. Review of a surveillance camera showed a pickup truck with a passenger side headlamp out and snow plow equipment in the front had passed by the area an hour before the fire was reported.

Marshall County authorities contacted Elkhart County regarding the arrest of Hershberger and Thomas, in which Thomas allegedly confessed to a barn fire on Fifth Road. Marshall County authorities spoke with Thomas and learned Hershberger usually drove a dark gray or silver F150 pickup truck owned by Final Grade, Mishawaka. Further investigation found that was the vehicle observed on the surveillance camera the night of the vehicle fire.

While speaking with Hershberger, authorities learned the only building the two burned in Marshall County was an Amish school. It was also learned from Elkhart County officials that, after a detective drove Thomas around the fire locations, she admitted they had been at the Fifth Road fire.