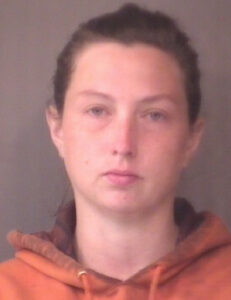 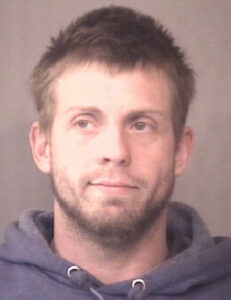 WARSAW — A Warsaw couple was arrested after an alleged domestic incident involving a firearm.

Jamie Michelle McQuiller, 27, 3970 E. 100N, Warsaw, is charged with unlawful possession of a handgun, a level 5 felony; and criminal recklessness and pointing a firearm, both level 6 felonies.

Austin Lamarr McQuiller, 28, 3970 E. 100N, Warsaw, is charged with domestic battery committed in the presence of a child and strangulation, both level 6 felonies; and domestic battery, a class A misdemeanor.

On Nov. 10, Kosciusko County Sheriff’s Office deputies responded to a domestic dispute. Prior to arrival at the scene, one of the deputies spoke with Austin, who said he and his wife, Jamie, were arguing when the incident turned physical.

According to court documents, Austin said he restrained Jamie on a bed to prevent her from breaking some of their belongings. Upon being released, Jamie allegedly grabbed a .22-caliber revolver, aimed it at Austin’s face, and then fired five rounds through a bedroom window. Four of the rounds hit a wheel on Austin’s Jeep.

Jamie told deputies that Austin held her in a chokehold during the incident. She admitted to using a firearm to shoot five rounds out a bedroom window and knew it was illegal for her to possess the weapon as a convicted felon. Jamie then left the residence and discarded the firearm in a trash can when Austin followed her, grabbed her around the neck, and threw her to the ground.

A relative at the scene said she saw Austin grab Jamie by the neck and throw her to the ground. A child was in the home during this incident.

Jamie has a prior conviction for neglect of a dependent, with conviction entered in July. She was on formal probation at the time.

Jamie and Austin both have already been arrested and released on bond. They have initial hearings at 1 p.m. Monday, Nov. 28.