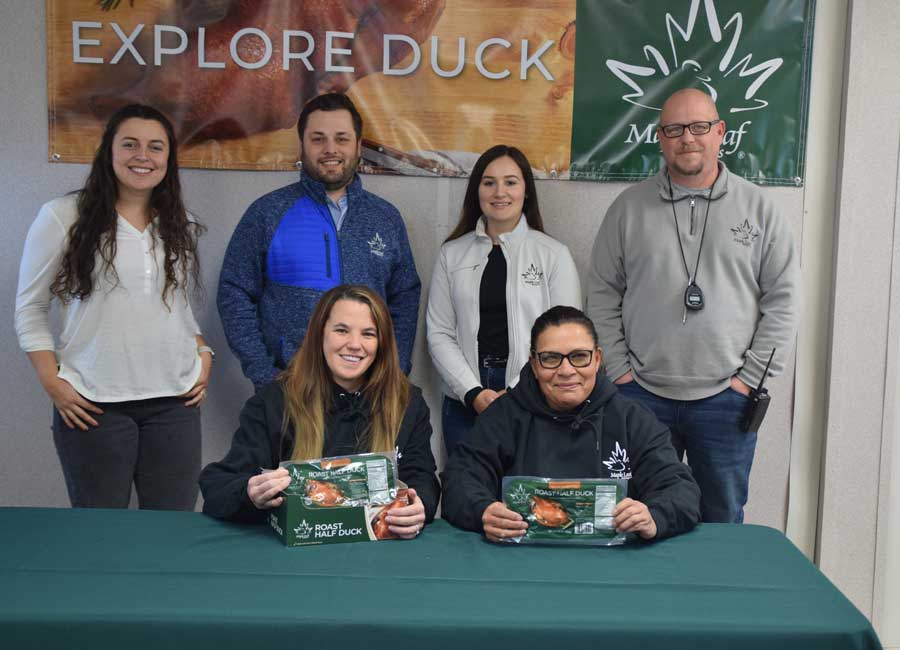 Maple Leaf Farms, along with Polywood, are in the race to have its products named “The Coolest Thing Made in Indiana,” by the Indiana Chamber. Maple Leaf Farms put up its roast half duck for the contest. In the front are Michelle Crathin, left, and Maria Rodriguez. In the back are Olivia Tucker, brand manager; Chris Jellel, plant manager, Molli Rico and Gabe Bollinger. The winner will be named on Dec. 14.

INDIANAPOLIS — The semifinalists are set for the Indiana Chamber of Commerce’s second “Coolest Thing Made in Indiana” tournament, which kicked off earlier this month with 54 companies representing 43 communities.

The final four competitors are:

• Hiker Trailers in Columbus with a custom teardrop camping trailer.

•Kidstuff Play Systems in Gary with a tri-ride slide.

• Maple Leaf Farms in Leesburg with its roast half duck.

• Polywood in Syracuse with the Elevate 12-piece pit sectional

Public voting to see who reaches the finals is underway at www.indianachamber.com/coolestthing.

The Coolest Thing Made in Indiana competition celebrates the state’s rich manufacturing tradition and is for companies- from veteran manufacturers to budding entrepreneurs that make all kinds of things. 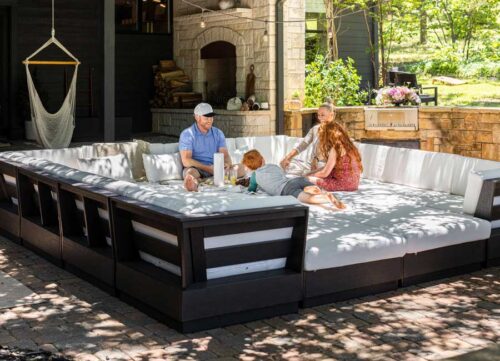 Polywood in Syracuse submitted its Eleveate 12-piece pit sectional for the Coolest Thing Made in Indiana contest hosted by the Indiana Chamber. Voting for the final four closes on Wednesday, Nov. 30.

Voting for the semifinals runds through 10 p.m. Friday, Nov. 25. The championship matchup will commence at 9 a.m. Monday, Nov. 28, and conclude Wednesday, Nov. 30.

Learn more about the semifinalists and vote at www.indianachamber.com/coolestthing.