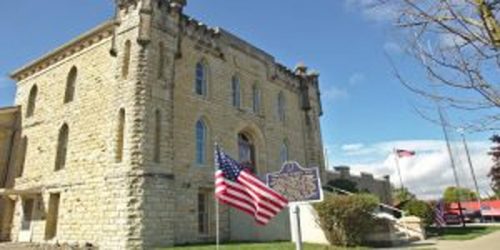 That was the reaction today of Steve Hollar after the former Warsaw Community High School basketball standout and three other college players were declared ineligible by their schools because they were paid for appearances in the movie “Hoosiers.”

In addition to Hollar, now a freshman at DePauw University in Greencastle, they are junior Griff Mills, also at DePauw; Jim Rayl Jr., a freshman at Indiana-Purdue in Fort Wayne; and Greg Eckstein of Rollins (Fla.) College, who prepped at Anderson High School.

1920 — The Barbee Hotel is an old gangster hideout. The hotel was originally built in 1897 and called Hotel Ormond.

Al Capone, notorious gangster from Chicago, visited Kosciusko County between 1920-1930 and frequently stayed at the hotel on Barbee Lake, often clearing out all the guests so that he and his friends could have the place to themselves.

Capone always stayed in room 301 at the back of the hotel. The hotel was likely the only place that served alcohol in a 10-20 mile radius and was the place for parties, drinking and carousing.

Local legend has it you can still see cigar smoke coming from under the door in room 301.

Staff have apparently encountered the smell of cigar smoke frequently as well, even though smoking has not been allowed anywhere in the building for years.

Several staff members have reported seeing an old man sitting alone at one of the restaurant booths. However, when someone is sent to serve the man, he is gone, and no one remembers noticing anyone leave. There have also been reports of employees seeing a man looking out from a third story window at night, even when no guests are staying at the hotel.

The Barbee Hotel has been investigated by several ghost hunters and was featured on a 2014 episode of Dead Files on the Travel Channel. It was also investigated by MIGHT Paranormal in 2014.