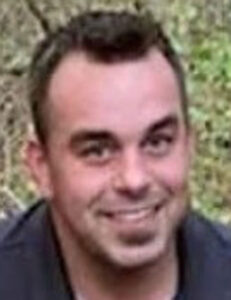 Derek was born Sept. 21, 1989, in Warsaw, the son of Christopher and Barbara (Long) Wray. He graduated from Tippecanoe Valley High School with the Class of ’08 and earned his degree from International Business College in Fort Wayne. Derek owned and operated Renewed Tech Repair in Warsaw and also enjoyed his longtime association with Applebee’s Neighborhood Grill. He attended Home Church and was a devout Christian who loved the Lord, had a hunger for God’s Word and shared his faith with all those whom he encountered. Derek was an outdoorsman who enjoyed his 4-wheeler and dirt bike. He also enjoyed bow-hunting, fishing, Notre Dame Football and caring for his dogs, Lilly and Gemma.

Derek is survived by his wife, Jordan Wray; and stepchildren, Avaleigh, Brantlee and Connlee Fuller; his parents, Chris and Barb Wray; brothers, Aaron Marshall and Jared Wray, all of Warsaw; grandparents, Lewis and Dorothy Wray, Bourbon, George and Shirley Chunn, Akron; and several aunts, uncles, nieces, nephews and cousins. In addition to an infant that Derek and Jordan lost, he was also preceded in death by grandfathers, Lowell Long and Curtis Lucas; grandmother, Shirley Wray; and his aunt, Tina Yoder.

A funeral service will be held 6 p.m. Wednesday, Nov. 23, 2022, in Home Church, 744 South CR 32E, Warsaw. Visitation will be held from 4-6 p.m. Wednesday, in the church. Arrangements are through McHatton Sadler Funeral Chapels, 2290 Provident Court, Warsaw. Memorial donations may be directed to the family, who will contribute to area recovery programs.