He was born on May 4, 1930, in Macy to Judel (Aulspaugh) Norman and Jesse Franklin Norman. 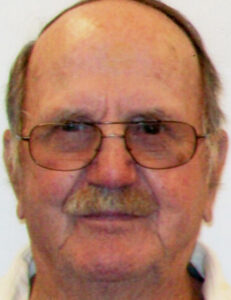 On July 21, 1951, he married the love of his life, Dixie Dian Harris. They were blessed with five children and shared everything in their lives together, celebrating birthdays, holidays, graduations, weddings and everything in between before Dixie passed away right before their 56th wedding anniversary on July 9, 2007.

Roy was a lifetime resident of Kosciusko County. He graduated from Gilead High School, and after high school, enlisted and proudly served in the U.S. Army from August 1951 until his honorable discharge in August 1953.

He was a hardworking farmer since 1963, overseeing the family farm for 61 years while at the same time working as a truck driver for Warren Trucking. When he finally “retired,” he still kept busy doing one thing or another and enjoyed being a member of the American Legion Post 49 and the VFW Post 1126, both of Warsaw, as well as the Moose Lodge of Warsaw.

Everyone that knew Roy knew that he loved to play a good game of euchre with anyone willing to play with him, was part of a pool league and enjoyed a good day golfing when he was able to. Roy was a wonderful father, loved being a grandfather to his many grandchildren and was a great friend to many who will be dearly missed.

He was preceded in death by his parents; wife; daughter Linda Hile; three grandchildren; one great-great-grandchild; and his companion of the last 10 years, Elaine Nine.

Roy’s life will be celebrated with a service at 10 a.m. on Wednesday, Nov. 23, 2022, and officiated by Envoy Ken Locke of the Salvation Army. A graveside service will follow at Oakwood Cemetery of Warsaw, with military rites conducted by the American Legion Post 49, VFW Post 1126 and active-duty members of the Army Honor Guard.

Memorial donations may be directed to the Epilepsy Foundation of Indiana, 1100 W. 42nd St., Suite 140, Indianapolis, IN 46208. Condolences may be sent through the funeral home’s website at www.redpathfruthfuneralhome.com.