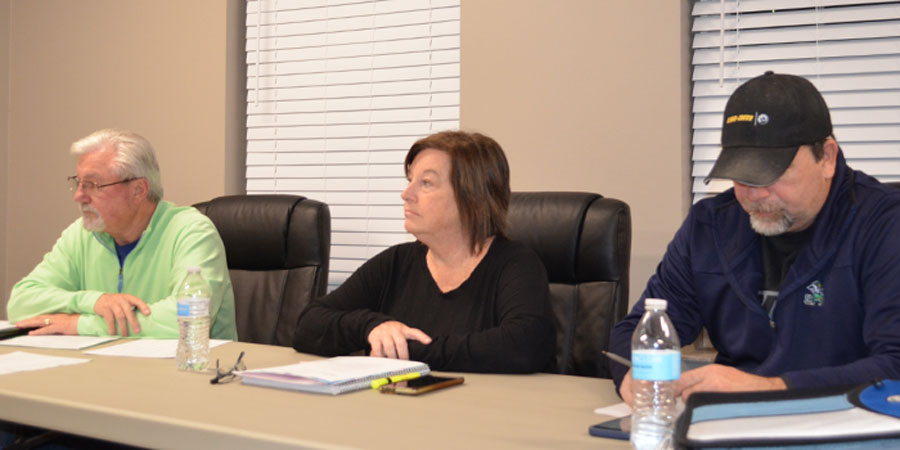 President Jim Haney opened the meeting. The board welcomed new board member, Rosa Ritchie, before getting down to business.

DeWald expressed the district is financially in good standing except for maintenance costs, as there is actively a steady increase.

A motion was made to introduce an amended rate ordinance. A multi-phase rate increase of 12% was proposed. There will be a public notice prior to the December meeting. A letter will be mailed to LRSD customers about the rate increase. If adopted, customers will not see the increase in their bills until early February.

Tom Astbury of Astbury Water Technology, Angola, presented their monthly report. He reported the “plant was operating well” with a removal level of 98%.

“A piece of metal got into the pump and caused the pump to fail. Due to hydrogen sulfite, there have been some damages. We will continue to monitor this closely,” he said.

He said it is not expensive and the other two lift stations “look good.” He said he’d rather do it as a planned repair than an emergency one.

The board agreed to repair the pump at a cost not to exceed $11,000 to “get it back in working order.” LRSD will also replace an aerator.

Astbury said some of the issues are “typical” for these types of systems, but “there are costs associated with it.”

Drum scrubbers have been purchased and will be installed by Astbury.

A five-year permit by IDEM will expire Sept. 30. Astbury will submit a request for a new permit by the end of March. “I don’t expect any problems,” he said of getting the permit.

An engineering report was given by a DLZ Corporation representative, who gave an update on Jellystone Campground’s ferric chloride project. “We are working on plans,” he said. Construction may be done in March once a tank has been ordered.

“We will invest in what needs to be done in order to connect with us,” said Haney.

The board received commercial property responses to questionnaires from Barbee Hotel, The Moorings and Lake Life Bar and Grill. The board has an option to mail out questionnaires twice a year. An inspection report will be done on an annual basis.

The connection status for four properties was discussed. LRSD has started the recommended forced connection action process on two of the properties. The other two will be sold at a sheriff’s sale.

A request by a property owner to rescind reimbursement charges for grinder damages was denied.

The board approved its 2023 meeting schedule. Meetings will be held the third Wednesday of the month.